First Time in Israel: A Professional Play from Turkey

Organized by the Union of the Jews of Turkey in Israel (IYT - Itahdut Yotsei Turkia), with the support of the Turkey Tourism Promotion and Development Agency (TGA), the comedy that has received the Best Theatre Play Award ´Seninle Evlenir miyim? (Would I Marry You?)´ was performed in Tel Aviv on dates June 16th and 18th.
Yakup BAROKAS
SHARE ON TWITTER SHARE ON FACEBOOK
June 27, 2022 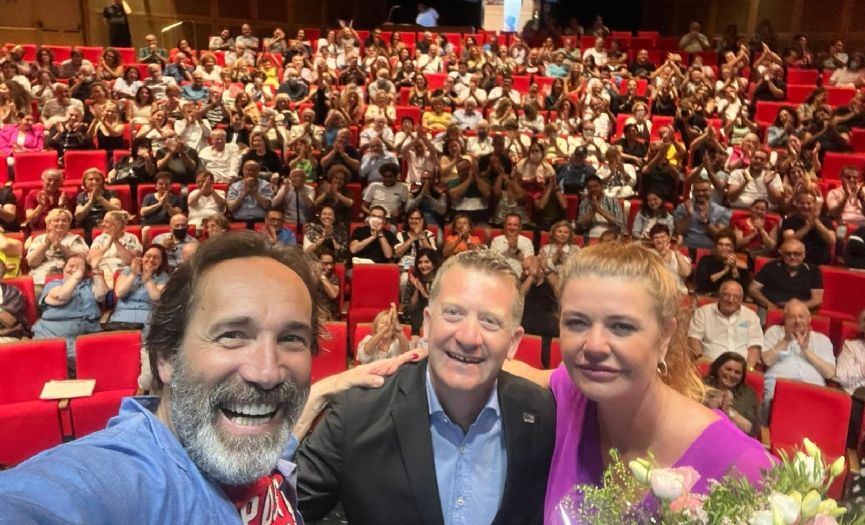 The play 'Seninle Evlenir miyim?', written and directed by Barbaros Uzunöner, staged under the supervision of Haldun Dormen, and performed by Şebnem Özinal and Yosi Mizrahi, was watched approximately by a thousand people on two nights. Since the play has been put on stage with a Hebrew surtitle, it was also watched by a non-Turkish-speaking audience. 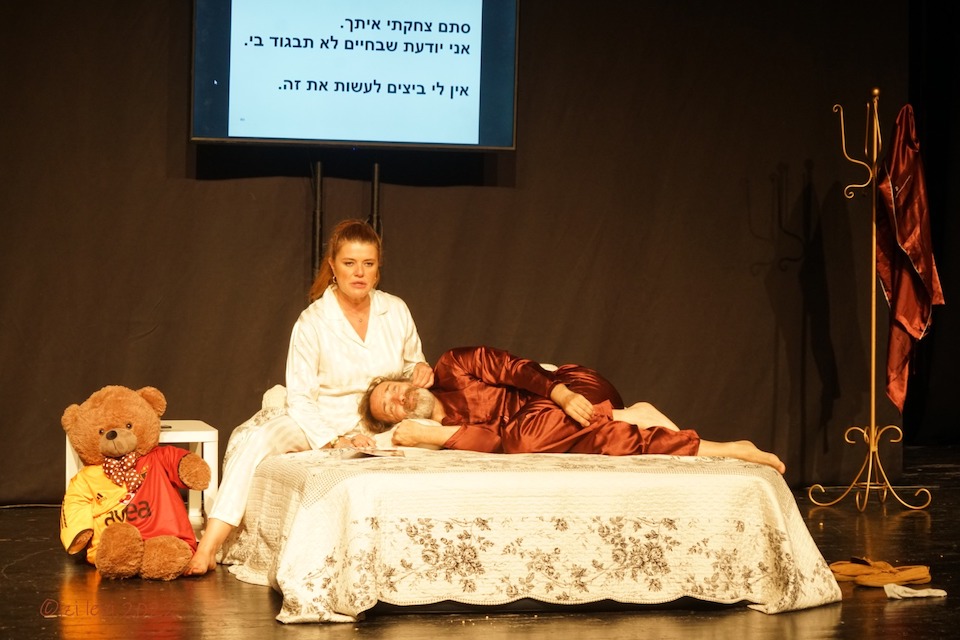 A scene from the play (with Hebrew surtitle)

The play that made the audience laugh really hard, has also the distinction of being the first professional Turkish production to be staged in Israel.

Turkey's Tel Aviv Charge d'Affaires Mehmet Şekerci, Cultural Consultant Selim Öztürk, Turkish Airlines Israel General Manager Mehmet Ilker Başaran, and their wives were present during the first performance of the play that has been put on stage with the support of the Turkey Tourism Promotion and Development Agency (TGA) by the Union of the Jews of Turkey in Israel (IYT).