Statue for Avram Galante in Bodrum

Bodrum Municipality simplified and republished the book ´Bodrum Tarihi [Bodrum History]´ which had been written by Professor Avram Galante in 1945. During the event on January 4th, as well as promoting the book, the statue that has been made in honor of Avram Galante was inaugurated.
SHARE ON TWITTER SHARE ON FACEBOOK
January 10, 2022 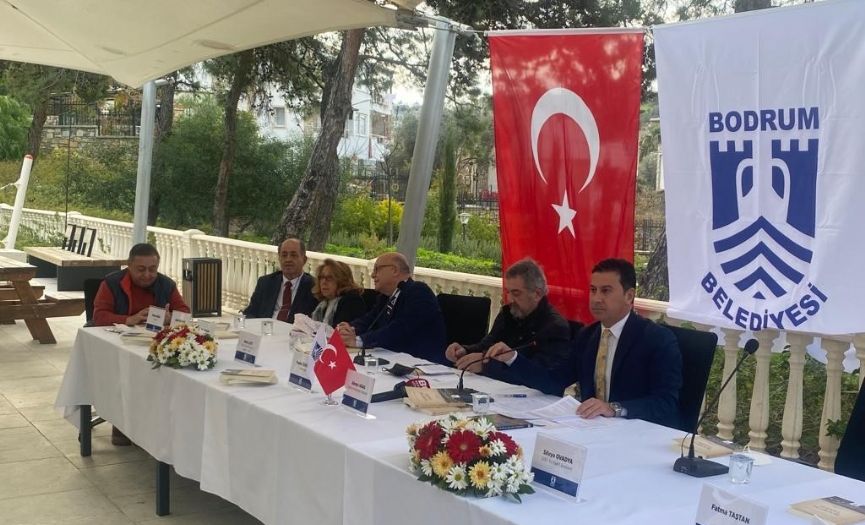 The book 'Bodrum Tarihi [Bodrum History]' which had been written by Professor Avram Galante in 1945, was once again published by the Bodrum Municipality Culture Publications and gifted to the city's culture.

The book that has been simplified by the archaeologist A. Rasim Özgürel and prepared for publishing by the Bodrum Municipality editorial board, met the readers on January 4th. 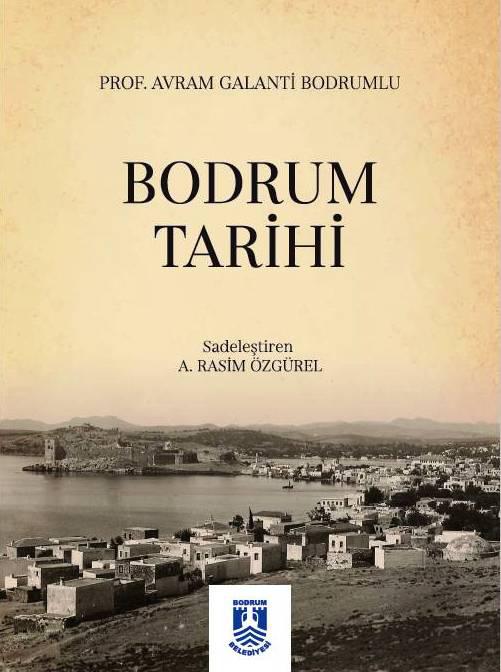 The event where also the people of Bodrum have participated to began with the inauguration of Avram Galante's statue in Umurca Park. 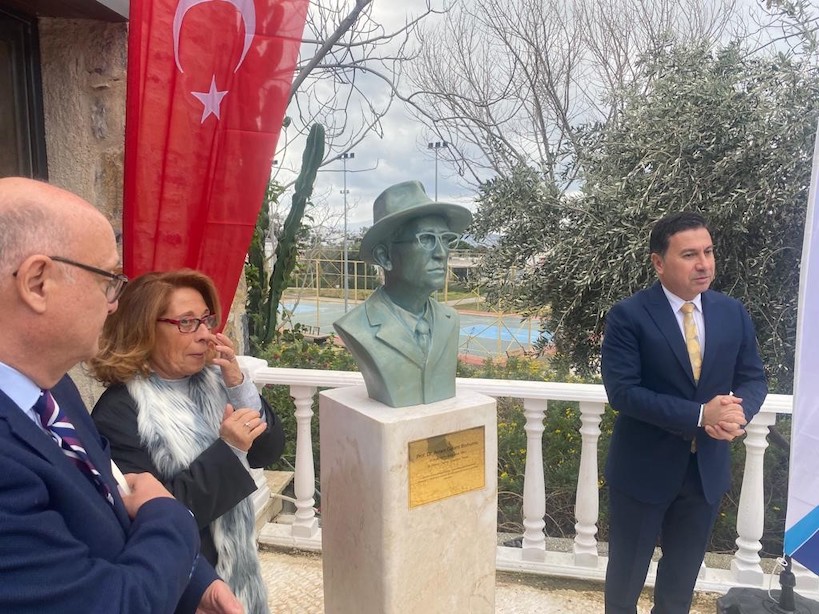 Subsequently, the Jewish cemetery, located in the Yokuşbaşi district of Bodrum which has been restored with Sibel Haleva's efforts, was visited and the Mayor of Bodrum Ahmet Aras was given the key. 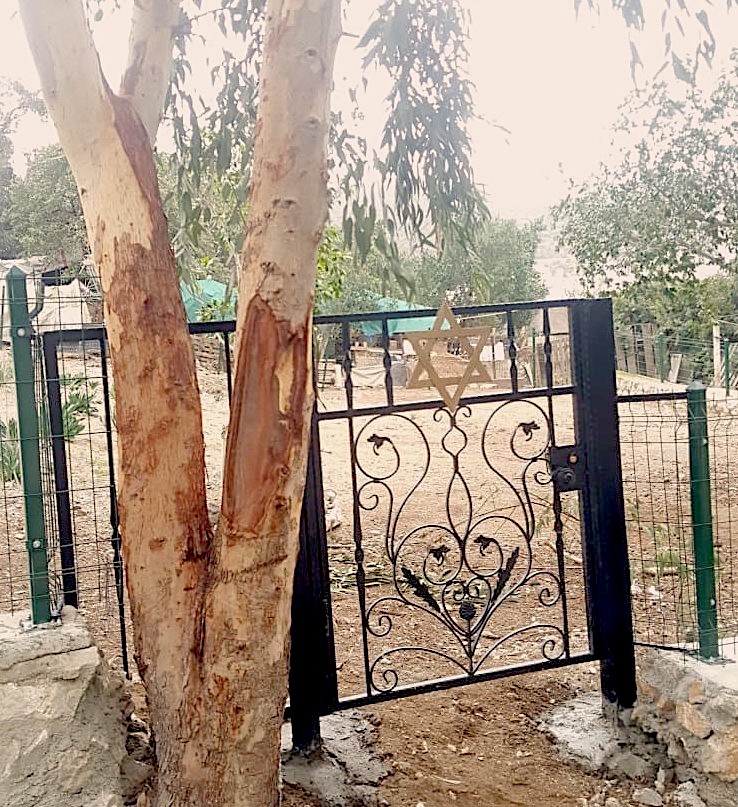 Later on, during the book presentation that took place at Cafe Trafo, the writer Professor Avram Galante's book 'Bodrum Tarihi' and the value it added to the city have been explained to the participants. 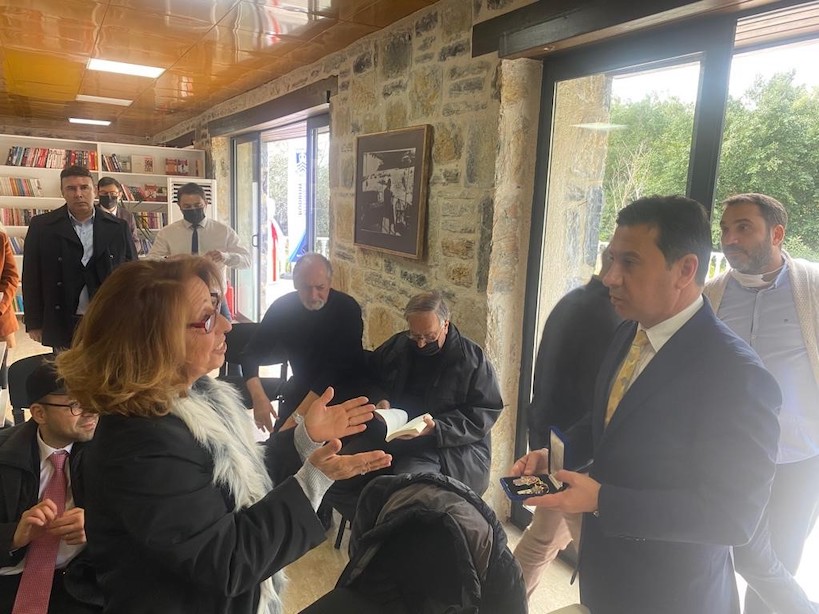 "GALANTE COMPOSED THE CITY HE WAS BORN IN SENTENCE BY SENTENCE"

The Mayor of Bodrum Ahmet Aras, expressing that Prof. Galante had left a very important legacy for the generations after him saying, "The most beautiful thing that can happen to a city is to be told about", on the republishing of the book said: "Prof. Avram Galante from Bodrum composing the city he was born in, has written the book 'Bodrum Tarihi' in 1945, with the belief that those who would come after him would complete it.

The book is an important study that carries Halicarnassus, where Herodotus, the father of history, was born in, from the pages of the history to the Bodrum of the 1950s. We are happy to publish the 'Bodrum Tarihi' book of Professor Galante, who had written approximately fifty books and many artıcles, among the Bodrum Municipality Culture Publications. To write or wish to write a city's history, is to record its historical cultural texture, its human element, its local values. It is to protect the city's memory. Knowing the historical past of a city means that decisions to be taken on that city's present and future would not be left to chance. In order to create a city where civilized living conditions prevail, values coming from the past are preserved, and ecological balances are cared for, we have to increase the people of Bodrum with Bodrum awareness."

"WRITERS GRANT SPIRIT TO THE CITY WITH WHAT THEY HAVE WRITTEN"

Mayor Aras, stating that the book has been simplified by the archaeologist A. Rasim Özgürel and prepared for publishing by the editorial board, thanked everyone for their contributions. He added, "Professor Galante Bodrumlu, is an important cornerstone of the Bodrum blend and the cultural heritage, and the writers are like the unseen faces of the city. They also grant spirit to the city with what they have written." 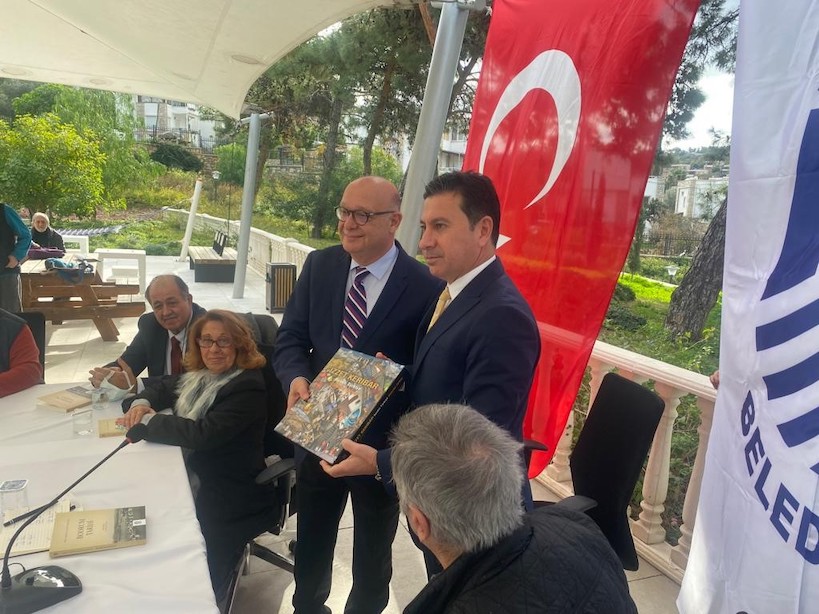 Turkish Jewish Community Deputy President Moris Levi who made a speech at the event, also presented the Mayor of Bodrum, Ahmet Aras a book of Izzet Keribar, the photography artist.