Last Night of Hanukkah Celebrated in Balat with a Joyful Ceremony

This year the great Hanukiyah (Menorah) Lighting event took place in Balat, right beside the Golden Horn, on the last night of Hanukkah, illuminating all around Istanbul.
SHARE ON TWITTER SHARE ON FACEBOOK
December 6, 2021 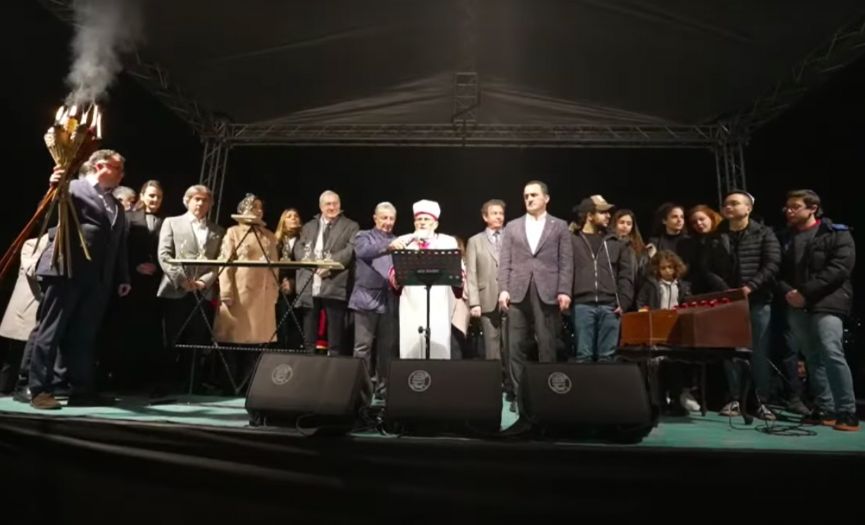 This year in Istanbul the great Hanukiyah (menorah) was lit in Balat, with great attendance and a warm and cheerful ceremony, on the evening of the last night of Hanukkah, Sunday, December 5th. At the same time as the lighting of the first candle, another big Hanukiyah was lit right across the Golden Horn, in Hasköy, with the push of a button from the ceremonial stage. 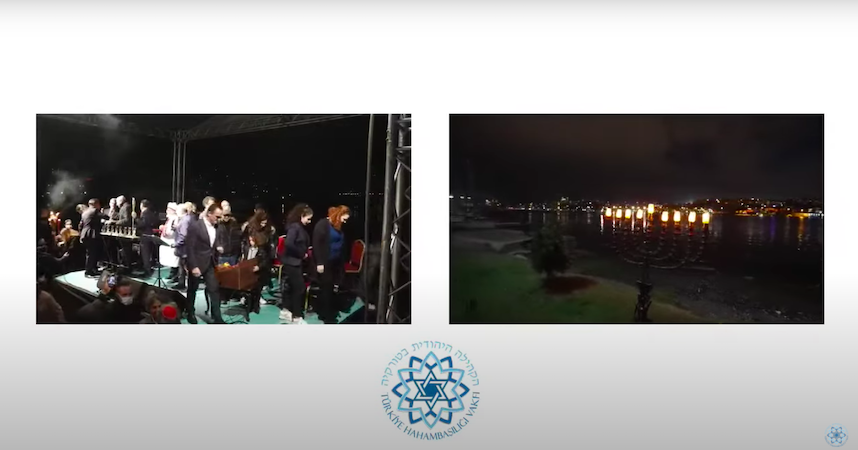 Hanukkah candles lit at the same time in Balat and Hasköy

Many government officials, mayors of Istanbul districts, and the Consul General of Spain attended the ceremony where a wonderful concert in Ladino (Judeo Spanish) by Karen Gerşon Şarhon and Izzet Bana along with the Los Pasharos Sephardis was performed before the candle lighting ceremony. 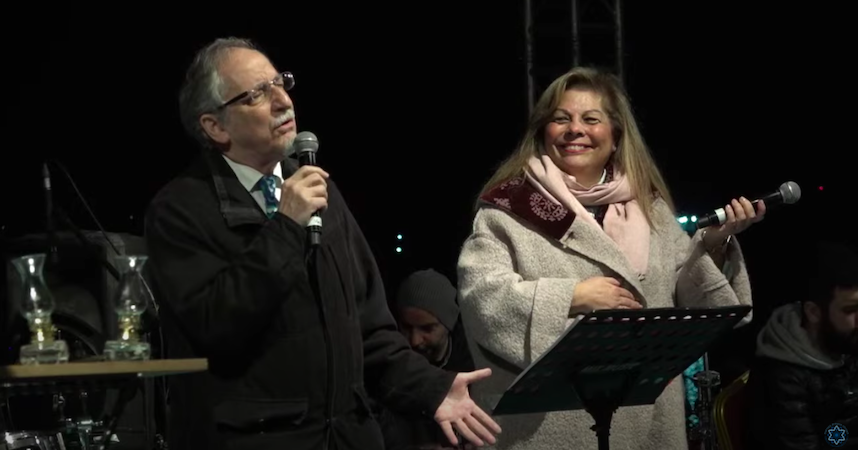 After the speeches and the wonderful Ladino concert, Chief Rabbi of Turkey Rabbi Isak Haleva took the stage. After his inspiring speech, he lit the first candle of the Hanukiyah. At the same time by pushing a button, the electronic Hanukiyah which had been put in Hasköy, which is right across the Golden Horn from Balat, was lit. Then all the candles were lit by government officials, district mayors, rabbis, and the members of the Turkish Jewish community in a cheerful and joyous manner.

The recording of the Hanukkah 2021 ceremony may be watched via the YouTube links below: