2nd Week Over in Rabbi Mendy Chitrik´s Tour of Turkey

The Rabbi of the Turkish Ashkenazi Jewish Community, Rabbi Mendy Chitrik, traveling every inch of Anatolia, is shedding light on many cultural values along the way, from previously undocumented cemeteries to Jews living far from Istanbul, and different Jewish traditions that have not come to light.
SHARE ON TWITTER SHARE ON FACEBOOK
August 12, 2021 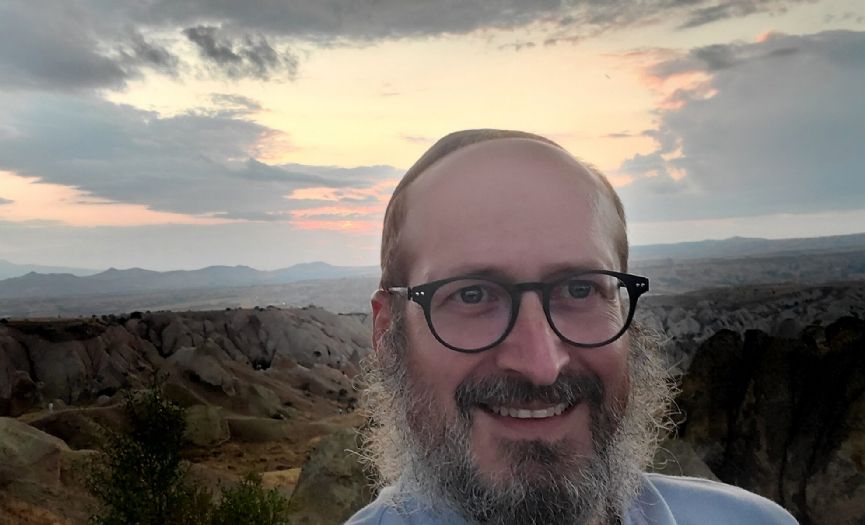 an image from Rabbi Mendy Chitrik´s Tour of Turkey

Rabbi Mendy Chitrik is sharing every step of his 3-week long travel, every place he sees, and every new information he gets by talking to people on the way, via his Twitter account.

Rabbi Mendy's objective is to create awareness of history for the Jews who see the world as divided between the Askenazi and Sephardic diasporas.

Rabbi Mendy, who has traveled to many cities such as Bursa, Izmir, Akhisar, Ankara, Kayseri, Cappadocia, and Adıyaman, wherever he goes, is trying to uncover the splendid yet fading traditions the Turkish Jews have formed throughout the centuries.

On Monday, Rabbi Mendy shared his conversation in Aramaic with the Syriac Metropolitan Bishop of Adıyaman, Grigoriyos Melki Ürek, via his Twitter account.

The Syriac Metropolitan Bishop Grigoriyos remarked that he was living in a small and decreasing community in Adıyaman. Grigoriyos said, "We are Arameans, we are from this region, so we speak, write and read in Aramaic. This is our home" and added, "One should always feel free to express his religion and who he is anywhere he goes, because freedom is not a human gift. It was given to us from our Creator." 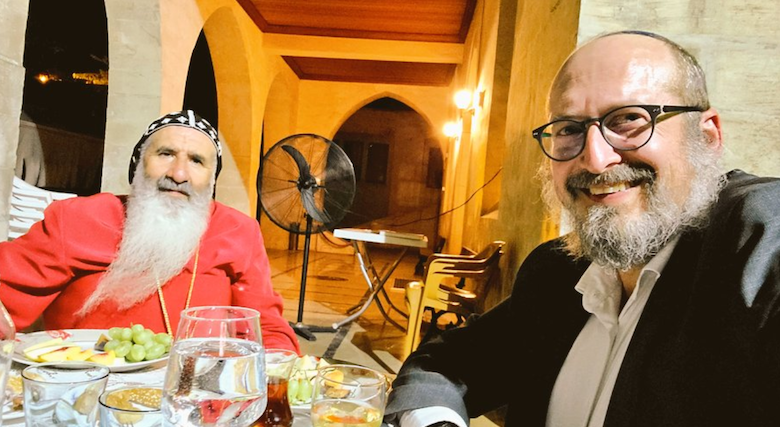 Rabbi Mendy in his Twitter account stated, "The Metropolitan and I walked around the streets of Adıyaman, he wearing his usual bright red clerical clothing, me wearing my Kipah, and it seems that everyone knows him "we love the people" he says, and they sure reciprocate in kind... For me, to witness Aramaic as spoken language, to argue about the roots of specific words and expressions and singing Chad Gadya Dezabin Abba, with someone who actually understands the words was an unforgettable experience!"