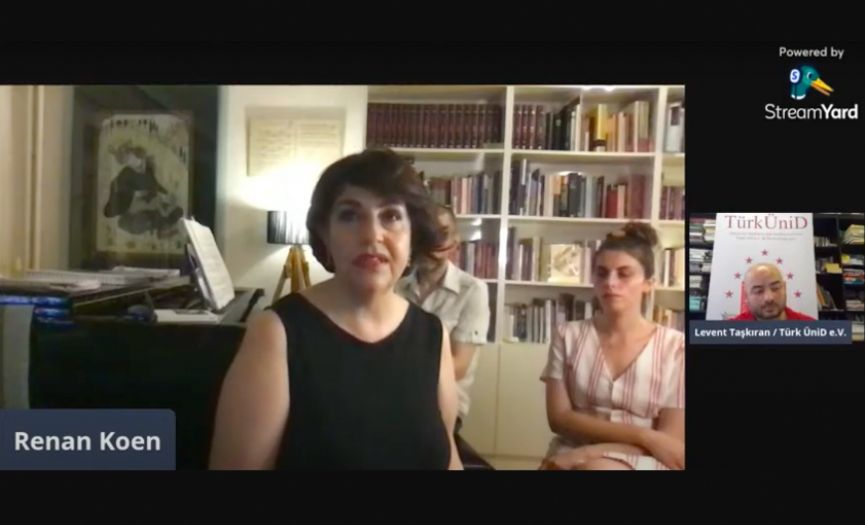 The event moderated by Levent Taşkıran, the President of The Turkish University Students and Academics Association (TürkÜnİD), was organized jointly by The Ministry of Foreign Affairs, The Presidency for Turks Abroad, The Turkish University Students and Academics Association (Türkischer Studenten und Akademikerverein Türk ÜnID e.V.), Consulate General of Turkey in Cologne, Cyprus Science University, Chief Rabbinate of Turkey, and The Quincentenial Foundation Museum of Turkish Jews.

The conversation that started with Renan Koen's introducing herself shortly, and giving some information about the formation process of her book and album, went on with the participation of the surprise guests. Koen invited Elcih Gürel Göçtü, one of the March of the Music students who had gone to Theresienstadt Camp and Gizem Yılgın, the cellist of the Auftag Trio founded by the violinist Caner Yazıcı, to speak. Later leaving the floor for the piano, Renan Koen presented a brief piano concert and then shared some information on music therapy and positive resistance. Koen thanking Erol Kohen, Izi Morhayim, and Lila Music, ended the interview.