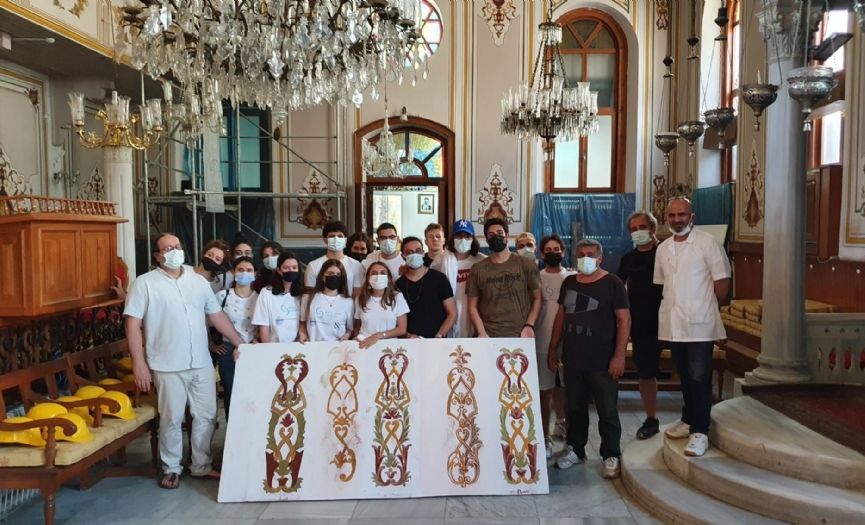 The Hemdat Israel Synagogue located in Kadiköy, Istanbul is uncovering the footsteps of history with a wonderful project. The project run together by the Haydarpaşa Hemdat Israel Synagogue Foundation, Alef Youth Club, and Shalom Corps, not only contributes to raising awareness about the protection of historical buildings but also establishes the most beautiful example of our social unity and solidarity.

Experts and volunteering Alef youth, coming together with a mutual goal, are supporting this historic preservation project with all their might. So, we as the Şalom ArtıOnsekiz (PlusEighteen) team, wanted to personally see this historic beauty, and support them as much as we could.

During our visit where we could observe the building and the work done, we also had the chance to have a conversation with the architect Hayim Beraha about the historic story of the structure. 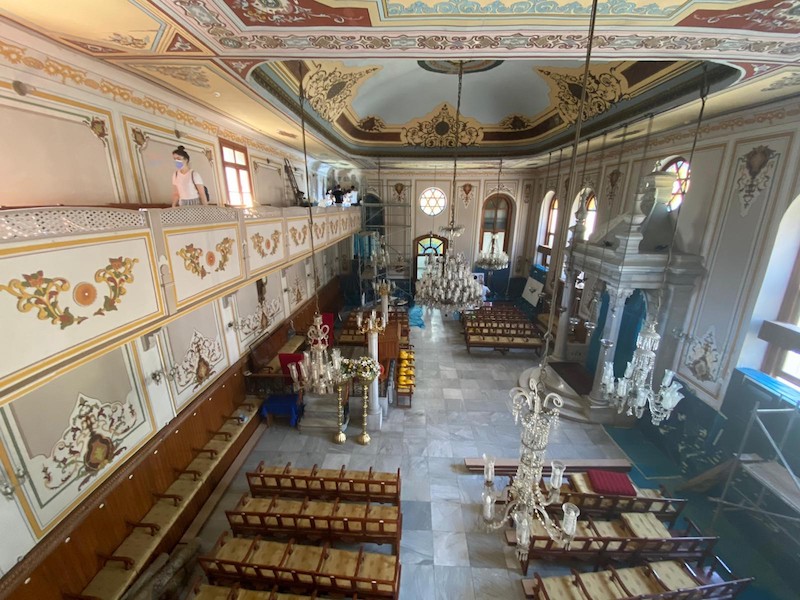 The Yeldeğirmeni district of Kadiköy just like the Galata district of Beyoğlu had been active in terms of Jewish life, at the beginning of the 19th century. Though most of the decreasing community has moved to the Caddebostan district in time, Hemdat Israel Synagogue is still one of the very important and valuable structures of the area.

If we examine the development and evolution of the structure through the years, it is possible to see different levels. Given the active Jewish community living in the area at the time, it is not surprising that a plan to build a synagogue had emerged. We are able to reach these correspondences via the Ottoman Empire archives.

The correspondences that had started in the 1890s had resulted in the synagogue that was built in 1899. In fact, before that, most of the Jewish community living in the Dağ Hamami district where there had been a crowded Jewish neighborhood, moved to Kuzguncuk after the great fire. Then Jews that had moved to places around the Haydarpaşa district bought land to build a synagogue for themselves. 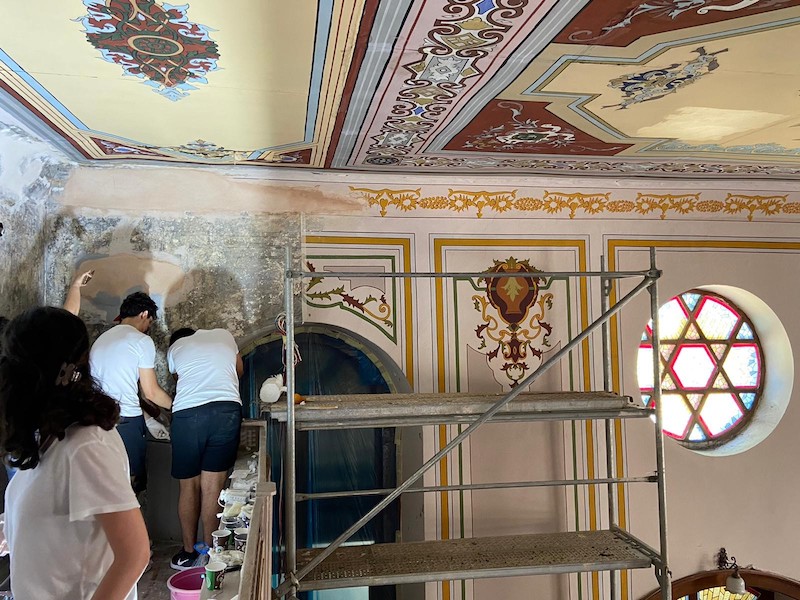 During this historical flow, both the decreasing Jewish population and the neglect brought on by this inactivity inevitably affected the structure negatively. When it was noticed that the aging synagogue was leaking water, it was also seen that the paints were also in a bad shape. In fact, when the paints were scraped off another historical artifact came out from under the historical artifact. From underneath the last intervention that was made in the 1980s, another texture that is presumed to have been engraved in the 1900s emerged. The incongruity among the two layers also played a major role in initiating the preservation project. 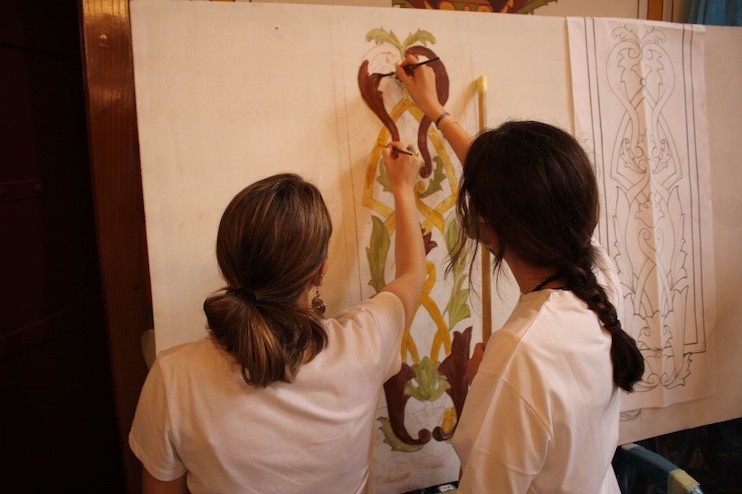 Experts and volunteers working to preserve the original texture learn more about the historical structure besides scraping, injection, and coloring techniques. Even though the part of the Great Hemdat Israel Synagogue that is worked with is small, the project leads to admirable results and goals.

Architect Hayim Beraha has also mentioned that we had many structures that needed maintenance in Istanbul. These endeavors that require great and long-term effort, are also very closely related to what we leave for future generations and how we preserve the past. 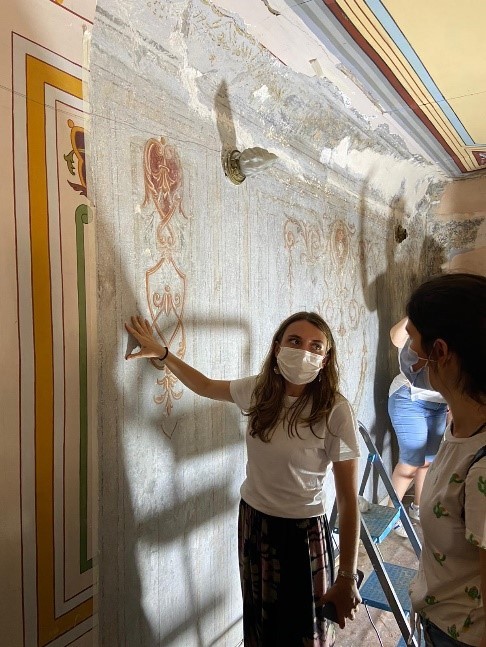 As the Şalom ArtıOnsekiz (PlusEighteen) team, our visit has both been fun and very inspiring. We believe that projects such as these have a way of encouraging similar ones. Every structure we protect heightens our sense of belonging and awareness.

Congratulations to everyone who is working wholeheartedly and supporting this goal!

Here are some scenes from the social responsibility project performed in the Hemdat Israel Synagogue... You can watch the video with the link below via Şalom TV's YouTube channel: