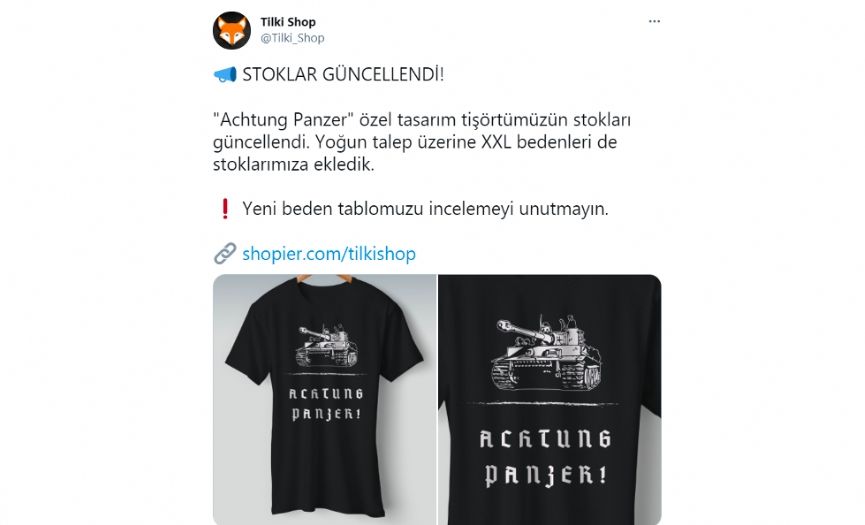 The saying 'Achtung Panzer' (Beware Tank) printed on the t-shirt is the same as the name of the book written in 1937 by the Nazi General Heinz Guderian, the founder of German armored troops. The book 'Achtung Panzer' contains war tactics related to tanks. This war tactic 'Blitzkrieg - Lightning War' created by Heinz Guderian with tanks, was Nazis' main war doctrine during World War II. The Nazis had invaded most of the European countries using this tactic.

Many users on Twitter reacted to the online store's post of the t-shirt with 'Actung Panzer' print:

"The ignorance of being able to take the most representative piece of the motorized forces of the Nazi army, who had killed millions of people, and print it on a t-shirt, and doing it with the name of a book full of praises for these weapons, tells us a lot about the state of World War II and Holocaust legacy."

"When writing this even under the German national football team poster is at least a shame, I wouldn't know what to say to this."

"Printing the Nazi tank on a t-shirt! You are sick, you should be treated as soon as possible!"

"I swear, I thought this ad was a joke! Disgusting!"

"The idea that people designing stuff like these live unaware of the world, doesn't seem credible to me. These are clearly Neo-Nazis." 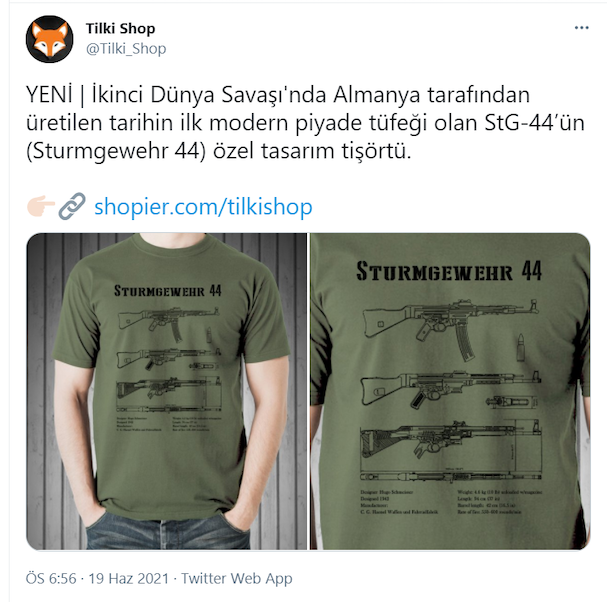