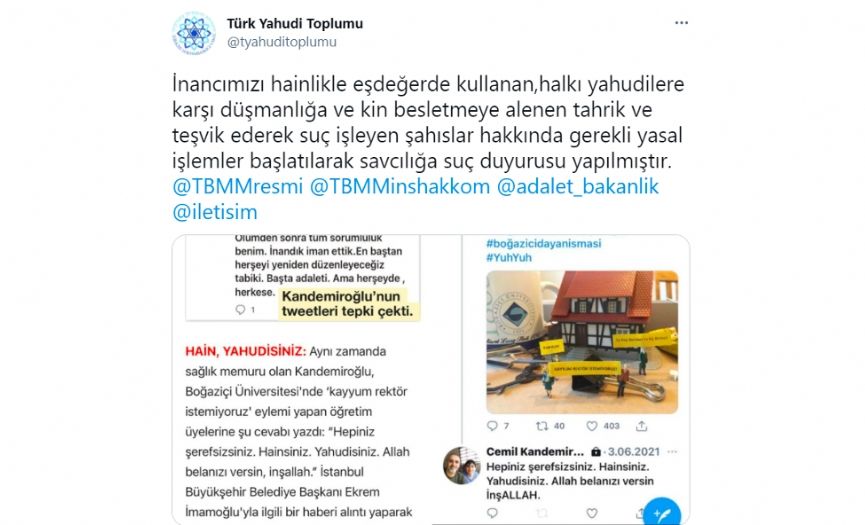 Cemil Kandemiroğlu, Head of the Bayburt Branch of the Health and Social Service Workers' Union 'Sağlık-Sen' had said, "You all are dishonest. You are traitors. You are Jews. God damn you, inshallah (hopefully)" for the academics protesting at Boğaziçi University.

In the Turkish Jewish Community's statement made on Twitter concerning Cemil Kandemiroğlu's remarks, it is said, "The necessary legal proceedings have been initiated and a criminal complaint has been filed with the prosecutor's office, against the persons who in their speech used our faith as synonymous with treason, and who committed a crime publicly provoking and inciting the people to become hostile and feel hatred towards the Jews."