Polish President Andrzej Sebastian Duda inaugurated the monument in the Latin Catholic Cemetery in Şişli, Istanbul, in memory of Wojciech Rychlewicz, Consul General in Istanbul of the period, who had saved many Jews from the Holocaust.
SHARE ON TWITTER SHARE ON FACEBOOK
May 28, 2021 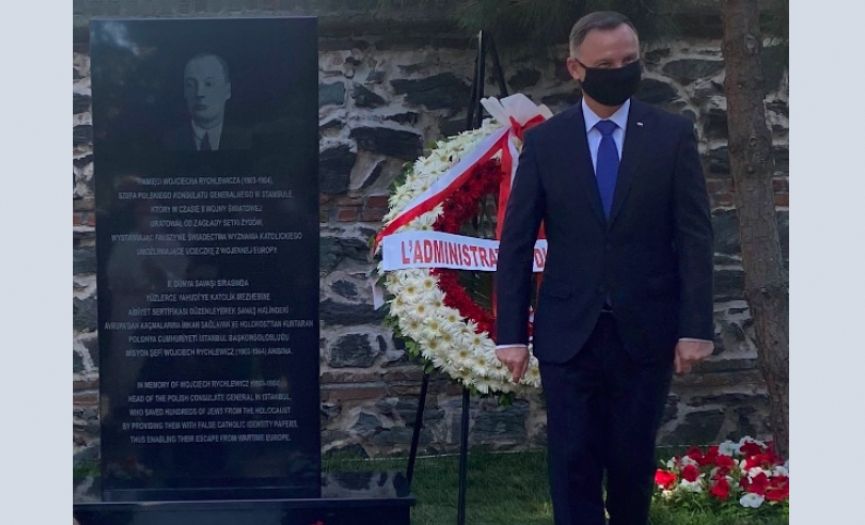 Wojciech Rychlewicz, when serving as Poland's Consul General to Istanbul between the years 1936 and 1941, he had helped save at least 5000 Jewish refugees fleeing from Nazis, by issuing false documents to Jews stating that they were Polish Catholics.

The consul general who allowed the Jewish refugees a safe passage to the Palestine lands and South America, had also informed the Polish government simultaneously.

Rychlewicz, joining the Anders Army, a Polish resistance movement against the Nazis in Palestine lands, in 1942, retired as a lieutenant after the bloody war where millions of people lost their lives. He lost his life on December 8th, 1964, in London where he had settled in 1947. 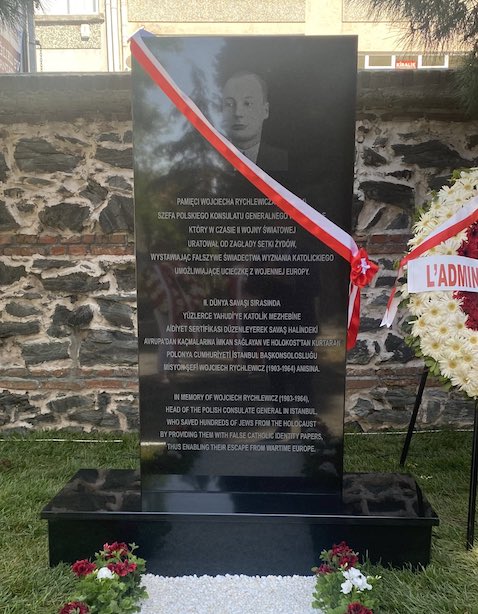 Polish President Andrzej Sebastian Duda, who has been in Istanbul as part of an official visit, also laid flowers at Rychlewicz's monument on May 25th. 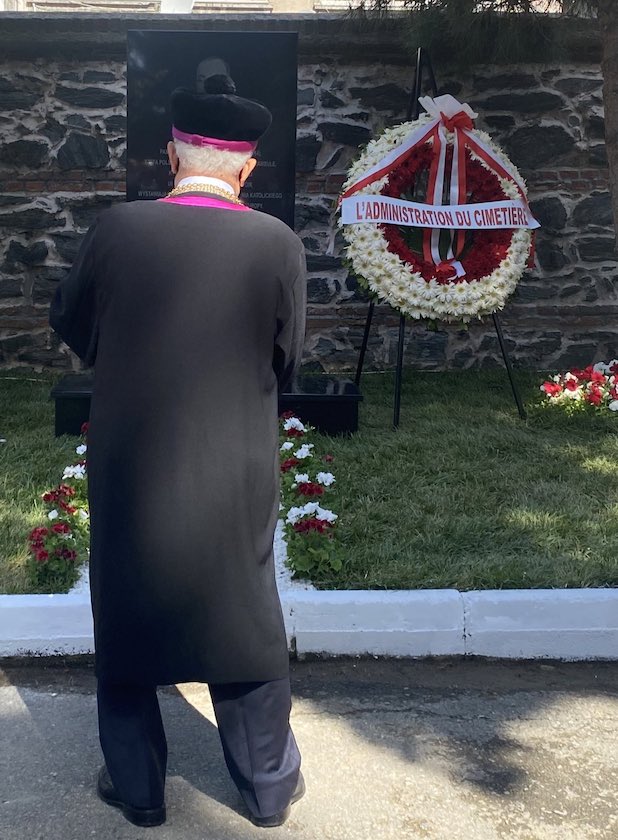 Chief Rabbi of Turkey Rabbi Isak Haleva was also present during the inauguration of the monument.