A Kosher Iftar at the Turkish Embassy 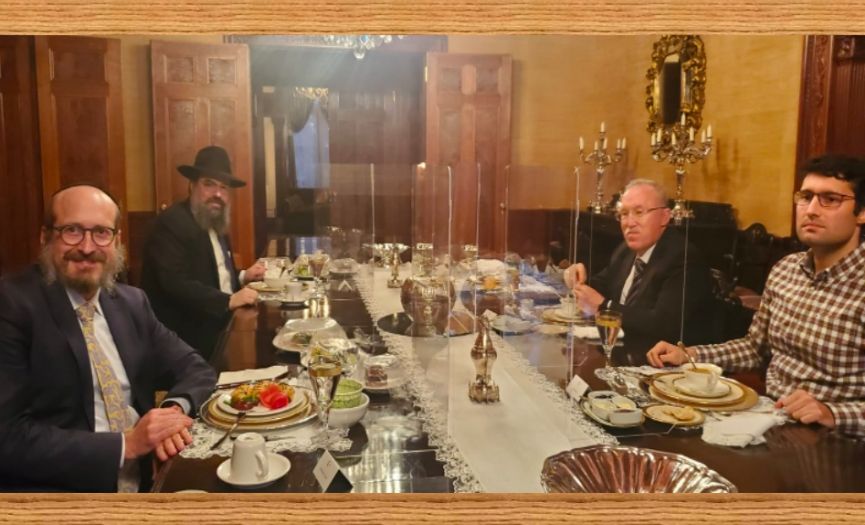 Turkey's USA Ambassador Murat Mercan hosted Rabbi Mendy Chitrik at an Iftar dinner, at the residence of the Turkish Ambassador.

The Turkish Embassy in Washington DC has announced the invitation and shared their photos in their social media account. Rabbi Chitrik also shared the invitation in his social media account remarking, "Having a Kosher Iftar with Ambassador Murat Mercan at the official residence of Turkish Embassy during the month of Ramadan, is indeed an example of brotherhood that stems from thousands of years of coexistence of Jews and Muslims in Turkey."