Conversation with the Young People at the Presidency

Young people from the Turkish Jewish and Christian communities studying at various universities have been welcomed at the Beştepe Presidential Complex upon the invitation of the Chief of Cabinet of the Presidency Dr. Hasan Doğan.
Sibel KONFİNO
SHARE ON TWITTER SHARE ON FACEBOOK
February 1, 2021 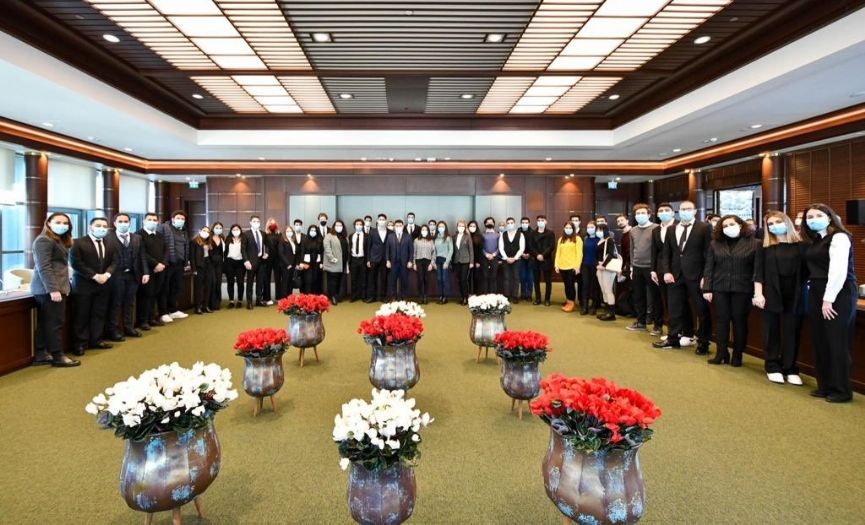 During the reception where Nicole Mano, Erel Papo, Haymi Kohen, Semih Meşulam, Megi Bahar, Sarp Kaston, and Rakel Haleva from the Turkish Jewish Community attended, the young people had the chance to share their thoughts, ask things they wondered about, and exchange ideas. Some of these young people who had attended the reception organized on Friday, January 20th, shared their impressions with Şalom.

Nicole Mano, a graduate of Açı High School in Istanbul, is studying the first year in Graphic Design in Rotterdam Willem de Kooning Academy in the Netherlands. Nicole describes this different experience she had as follows: "In Ankara, we attended a meeting where Turkish Christian and Jewish university students had been invited, as the Jewish Community youth. During the meeting members of each community had the chance to share their thoughts and ask questions they wondered about. Everyone sincerely listened to each other, and at the end of the meeting, I felt that I understood everybody there much better. On behalf of our community, I presented Dr. Hasan Doğan a composition I had made. The interest in my work and the questions asked made me feel valuable both as an artist and as a member of the Jewish Community.

We came back to Istanbul together with four friends from the Turkish Greek Orthodox Community, whom we had met during the meeting. We had the chance to talk along the way. We talked about our origins and noticed our common sides. I feel very lucky I had this experience." 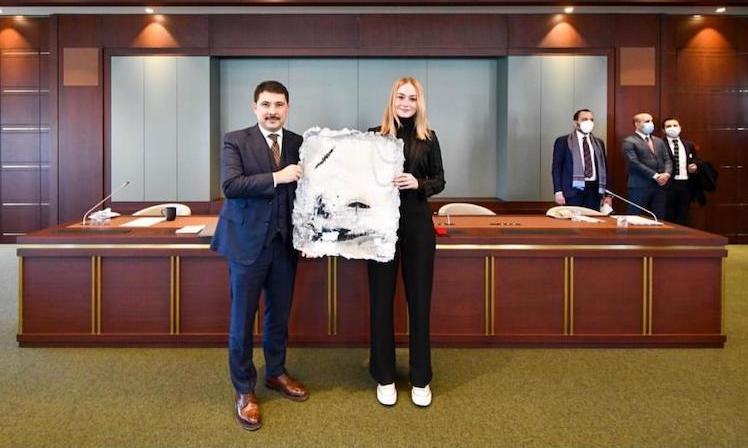 Haymi Kohen who had studied at Ulus Jewish School until 5th grade, and completed high school at the Açı Schools, is continuing his education at Amsterdam University in the Netherlands.

Haymi stated that they had not been exactly sure what to expect before the meeting, and they had had doubts about the issues they could address. However, they were relieved after Dr. Hasan Doğan's, who had welcomed them, encouragement that the meeting should go through with ease and free thought, thus they shared their ideas about the community: "I started my speech drawing attention to the fact that there were no citizens from the minority communities working in the government. Upon my words, Dr. Doğan said that no citizen from a minority community had applied for the district governorship exam for 10 years, but that he hoped to see us in his place one day, remarking that we would be stronger together and we should be uniting.

Stating that our synagogues were being stoned, we were experiencing terror attacks, that there were unnatural losses in our community, our population had decreased in a very short time, I asked him when we contemplated about all these how we could unite and continue to live, and asked for his advice as a government official. He said that we shouldn't be afraid and give up as a community and a government; a person harming a synagogue or church, or acting racist had nothing to do with being Muslim and he/she was mentally ill. Suggesting that we were experiencing learned helplessness in our communities and our community members were keeping a low profile on purpose, remarked that we as the young generation should speak louder.

During the rest of the meeting, the other minority groups stated their problems, and the problem of racism which ran deep in Turkey was discussed in general. Other representatives there added that for racism to decline in the country, the government should be taking responsibility, and meetings such as this happening increasingly would create a positive attitude. At the end of the meeting, our friend Megi Bahar invited Dr. Doğan to the European Day of Jewish Culture that will hopefully be organized next year.

In general, I was proud to represent my community and I liked talking to a government official about the problems the Turkish Jewish Community is experiencing." 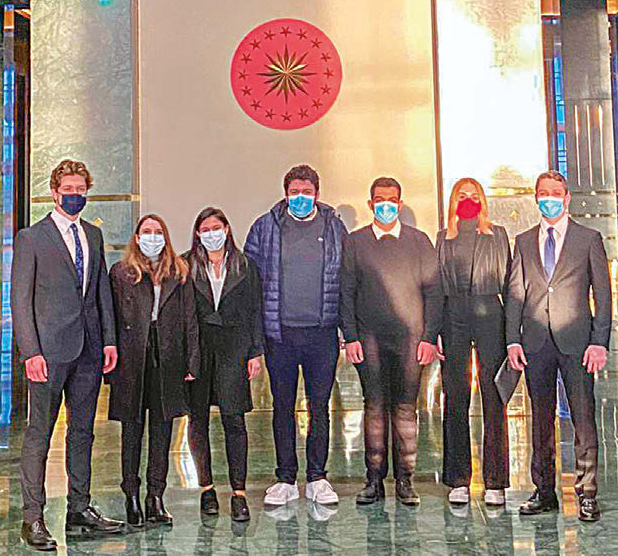 "The ambiance created was productive and constructive"

Erel Papo who had graduated from Koç High School is studying Applied and Computational Mathematics at the University of Southern California (USC). Papo also expressed his feelings about the meeting in Ankara as follows: "The meeting was basically in question and answer format. The young people of minority groups were asking Mr. Hasan Doğan questions about the troubles that are present and needed to be solved in our country. Then through the questions and comments of my friends, the conclusion was reached that the reason for minorities being alienated is the public's ignorance. At that point, I talked about the words Israel and Jewish being seen the same in public, this ignorance's way of reflecting on our community. While talking about this effect I mentioned how uncomfortable any political incident between Israel and Turkey made us feel.

I think this gathering and the ambiance created has been productive and constructive. To be able to exchange information like this with a government official is always a privilege.

Even if we didn't agree from time to time, Mr. Hasan Doğan listened to all our questions and concerns with attention and care throughout the meeting. On the way to Istanbul, I thought organizations such as this gathering might be very important and effective for our future."