Peace is Better Than War

Winds of peace are blowing in the Middle East. While the positive atmosphere of the deal between Israel and UAE affects the region, the Israel - Hamas ceasefire has stopped the attacks.
SHARE ON TWITTER SHARE ON FACEBOOK
September 3, 2020 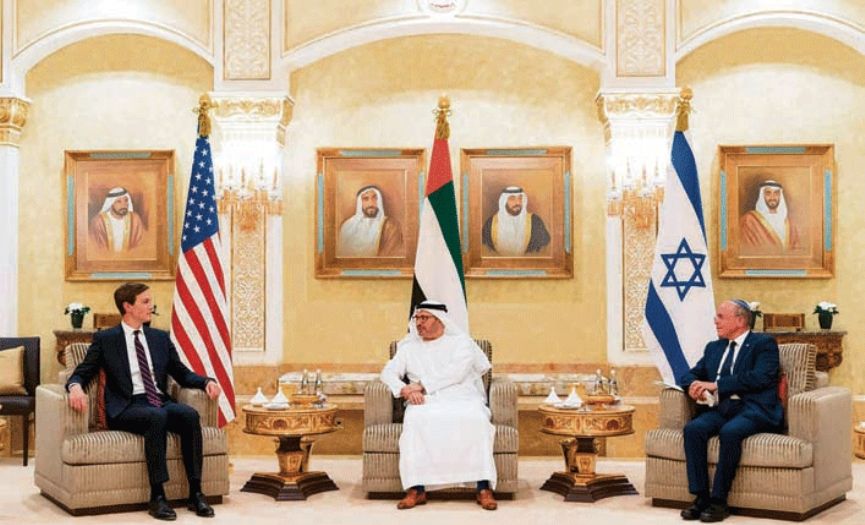 "A bold move for the Middle East"

Following the normalization deal signed by Israel and the United Arab Emirates, delegations of the countries came together. It is emphasized that the step taken was a bold move for the Middle East.

The meeting realized by the Israeli and American delegates arriving at Abu Dhabi via the historical flight was a gathering where important messages were delivered to the world.

In the mutually signed declaration made by the three delegations following the meeting, the deal is said to be a 'bold move' for an integrated, stable, and aspiring Middle East.

In the public announcement, it is declared that the two countries' delegations will also evaluate cooperation in the fields of health, space program, civil aviation, tourism, and culture besides politics and diplomacy.

The United Arab Emirates announced on August 29th, that the boycott applied to Israel which was in effect for a long time, has been lifted. The boycott Israel law has been implemented in 1972, a short while after the Emirate had been founded.

Netanyahu had visited UAE in 2018 secretly

Israeli Yedioth Ahronoth newspaper claimed that Prime Minister Benjamin Netanyahu had secretly visited the United Arab Emirates in 2018. It is said that during this visit, Netanyahu had come together with the heir to the throne Prince Al Nahyan, and the head of Mossad Yossi Cohen had also been present at the meeting.

The historical flight was realized crossing the Saudi airspace

The aircraft flying from Tel Aviv to Abu Dhabi on Monday flew from Abu Dhabi to Tel Aviv on Tuesday. Flight numbers were respectively 971 and 972. The numbers were taken from the two countries' international telephone codes.

Aviation specialists said that using the Saudi airspace was crucial, and this would decrease the flight duration by about one and a half hours.

On the second day of his visit, the Israeli National Security Advisor Meir Ben-Shabbat, came together with the Jews living in UAE, for the morning prayer.

The prayer in the hotel was attended by the Jews living in Dubai but who came to the capital for the historical visit of the Israeli delegation.

Two communities were present together for the prayer. Dubai's Chabad Jewish members and the Modern Orthodox Community members attended the prayer together in the name of unity and solidarity.

UAE heir to the throne Prince Al Nahyan had declared the year 2019 'Year of Tolerance', and had announced that a center including also a synagogue would be built in Abu Dhabi. The center named Abraham Family House is expected to be opened in 2022.

Although the number of Jews living in the UAE is not exactly known, it is estimated to be around a few hundred to 1500.