Important Steps Towards Normalization Between Turkey and Israel 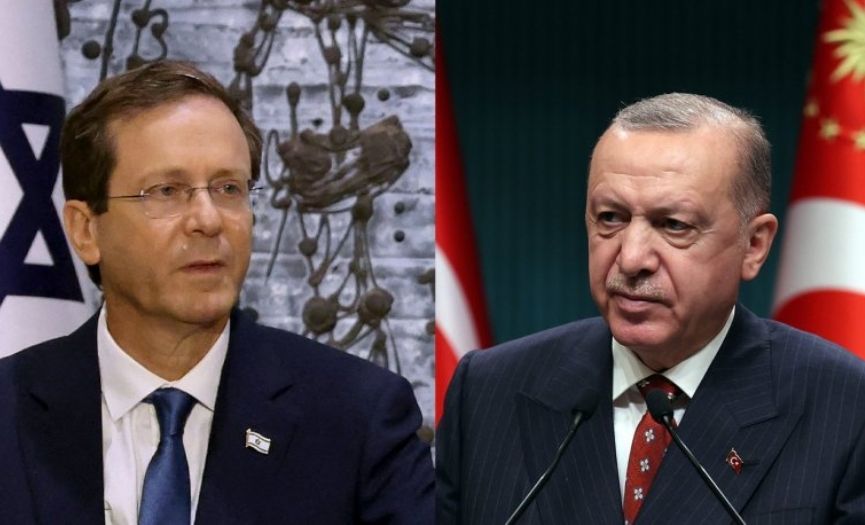 Israeli President Herzog's calling President Erdoğan, who has tested positive for COVID-19, to convey his get-well-soon wishes, brought together positive comments concerning the relations between the two countries.

Israeli President Herzog's call to President Erdoğan last Sunday, to convey to him his wishes to get well soon, has been recorded as the fourth call between the two leaders, since Herzog assumed duty in July.

According to the statement made by the Israeli Presidency, Isaac Herzog conveyed to Erdoğan his get-well-soon wishes and wished him and his wife a speedy recovery. It has also been reported that President Erdoğan thanked his Israeli counterpart Herzog for his concern. In the statement, the fact that two leaders have "discussed the possibility of meeting soon" has also been reported. President Erdoğan had stated last Saturday that Herzog would be coming to Turkey in March.

President Erdoğan in the statement he made via his social media account said, "I would like to thank the Israeli President Mr. Herzog for his kind get well soon wishes."

The call on Sunday was the first phone call by Herzog to Erdoğan. Following the call, Israel made a positive statement expressing that Erdoğan's invitation to Turkey has been accepted.

The call has also been reflected greatly in the press. The Israeli press interpreted the call as "Erdoğan's policy towards Israel has changed".

Presidential Spokesperson Ibrahim Kalın also mentioned the change in Turkish-Israeli relations in a press statement. Kalın said, "There are some changes. The 15-year-long Netanyahu era is over in Israel. A new government is established there. There is a government bringing together very different elements. Soon Israeli President Herzog will visit our country. There has been a change there, there is a positive approach."