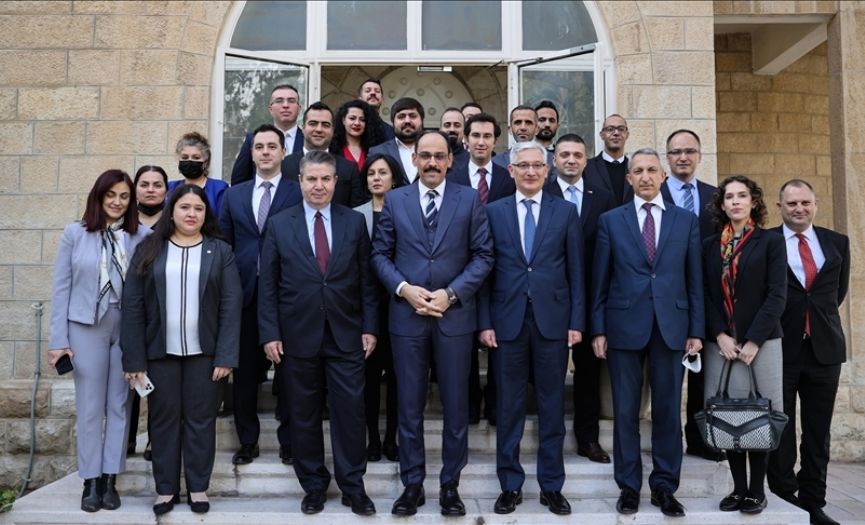 Presidential Spokesperson Ibrahim Kalin in his statement concerning his visit to Israel and the Palestinian Authority, said, "We will discuss the steps to be taken towards the normalization of relations between Israel and Turkey."

Kalin stating that they would discuss the normalization of relations between Turkey and Israel as well as discussing the steps to be taken for the solution of the Palestinian issue with his Israeli and Palestinian counterparts, said, "We hope this process will be beneficial to all."

Kalin in his statement about the relations between Turkey and Israel added, "We will review the steps to be taken towards the normalization of relations between Israel and Turkey, and the esteemed Israeli President's visit that will be realized in March, in detail."

Ibrahim Kalin and Deputy Minister of Foreign Affairs Sedat Onal were in Ramallah on Wednesday to meet with Mahmoud Abbas, the President of the Palestinian Authority.

During the meeting where Turkey and Palestinian relations were confered, the Turkish delegation expressed that "Turkey's support to the Palestinian people will continue within the framework of a two-state solution."

Kalin and Onal are scheduled to meet with officials from the Israeli Ministry of Foreign Affairs and the Presidency on Thursday.