President Erdoğan had a telephone conversation with Pope Francis. According to the statement made by the Directorate of Communications, during the conversation, the situation between Israel and Palestine was discussed.
SHARE ON TWITTER SHARE ON FACEBOOK
May 18, 2021 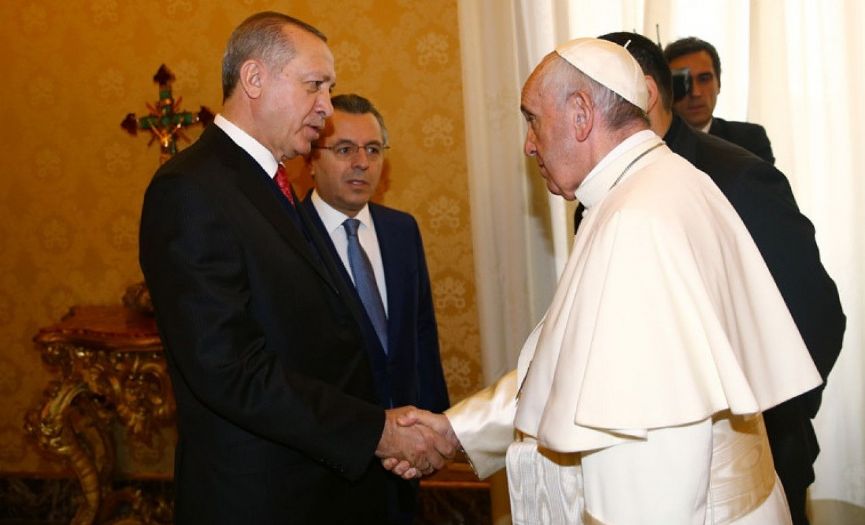 According to the statement made by the Directorate of Communications, President Recep Tayyip Erdoğan, during his conversation with the spiritual leader of the Catholics Pope Francis, stating that an atrocity was taking place in Palestine, said that Israel's attacks concerned not only the Palestinians but all the Muslims, Christians, and humanity.

President Erdoğan remarking that Israel was trampling on human dignity, added that entire humanity should join hands against Israel. President calling the international community to duty once again stated that the United Nations Security Council had yet to display the required awareness of responsibility.

President Erdoğan also highlighted the importance of Pope Francis's messages on Israel, expressed that the messages and reactions carried great importance in terms of mobilizing the Christian world and the international community.