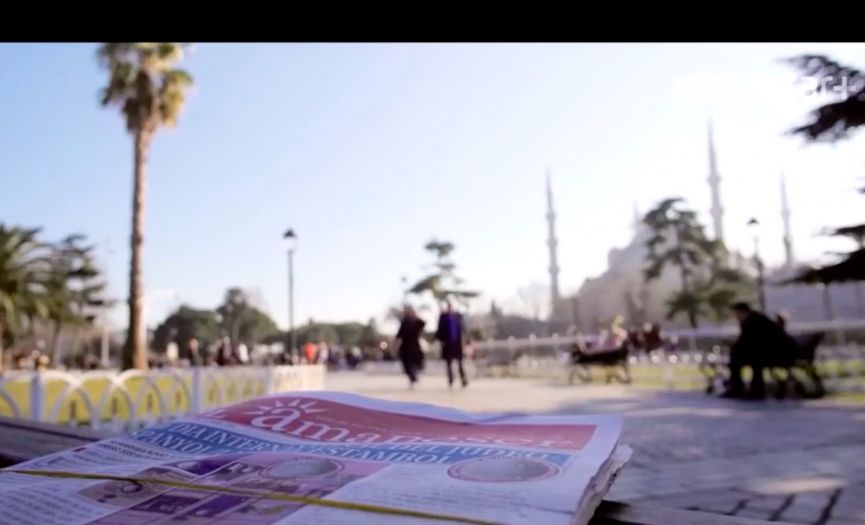 (photo taken from the documentary)

In the documentary which also displays the hard work done by the El Amaneser team, in order to keep alive a language about to be lost, El Amaneser's Editor in Chief Karen Gerşon in her commentaries states that language and culture are an inseparable couple.

The Movistar team after completing the outdoor shootings, interviews with Ladino speaking Jews, and the Jewish artisan in Istanbul, came to Şalom Newspaper's offices and carried out shootings a whole day, getting information from the newspaper team.

You can watch the whole documentary broadcasted on YouTube from the link below: