´Basic Human Rights and Democratic Values Education Through the Life Story of Anne Frank´ project of SEHAK - Foundation of Civilian and Ecological Rights, is coming to an end.
SHARE ON TWITTER SHARE ON FACEBOOK
December 9, 2019 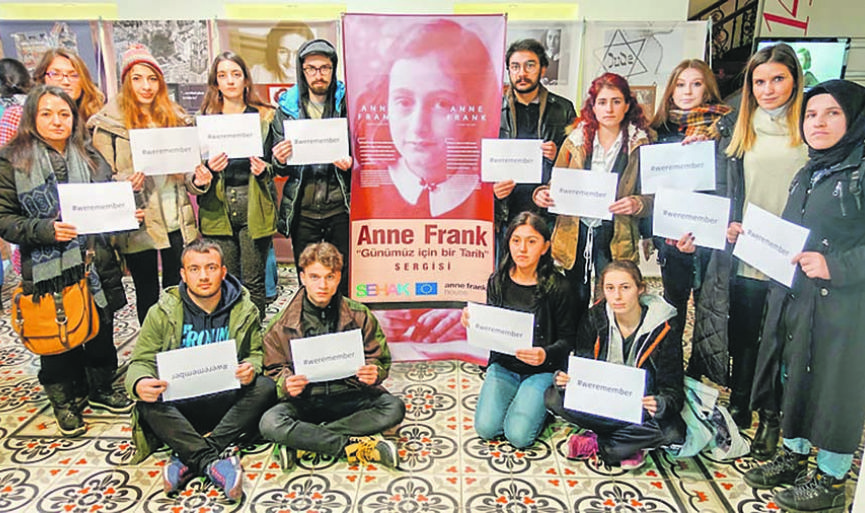 'Basic Human Rights and Democratic Values Education Through the Life Story of Anne Frank' project which had been carried out since 2017 by the human rights organization, Foundation of Civilian and Ecological Rights (SEHAK), in collaboration with the Anne Frank House in Amsterdam and with the financial support of the European Union, is coming to an end.

As the project is finalizing, an international conference named 'We Remember (Hatırlıyoruz)' is being organized as the closing event of the three-year-long program.

In the context of the event that will be organized free of charge in Taxim Hill Hotel on December 14-15, there will be conferences and workshops titled; 'Jews in Turkey, From Past to Present', 'Antisemitism Fighting Techniques in the World and in Turkey', 'Hate Crimes and Hate Discourses', 'Holocaust Studies and Trainings in the World and in Turkey', 'Experience Sharing Workshop: Holocaust Trainings', 'Memory Studies and Confrontation Practices', 'Experience Sharing Workshop: Memory Walk and Movie Screening'.

For further information on SEHAK;