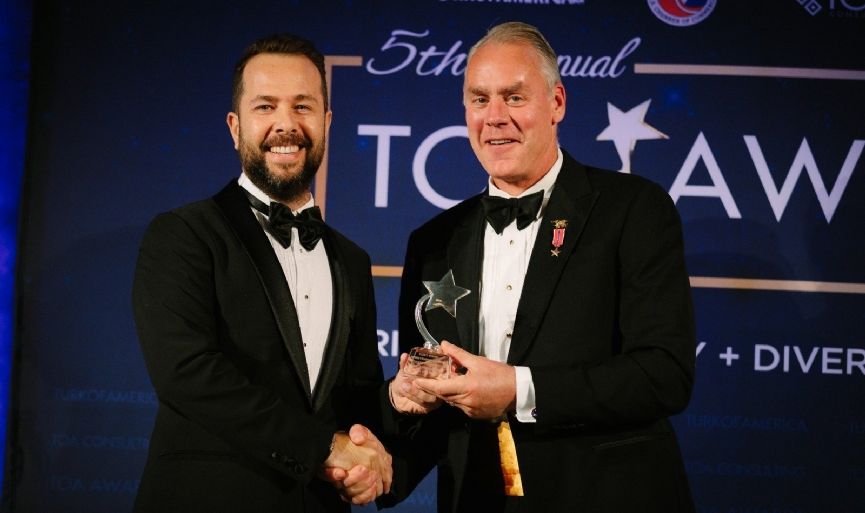 The TOA Outstanding Achievement Award is given to the successful businessman Izzet Pinto for his role in making the Turkish television series known worldwide and his contributions to Turkey's cultural promotion.

In the award ceremony that took place in the U.S. Chamber of Commerce in Washington, situated right across the White House, Izzet Pinto was the only person living outside of the United States who was rewarded this award.

The TOA Awards aiming to bring a new perspective to the relations between Turkey and the United States, gave an award to the field of TV series and films export for the first time.

The TOA Awards are given to successful people of the United States and Turkey after a thorough consideration of the TurkOfAmerica Magazine in different categories since 2014, honoring successful people in various fields from diplomacy to business, academy to entrepreneurship.

Izzet Pinto, the CEO of Global Agency which exports the most films and TV series from Turkey to the world, received his award from Ryan Zinke, the former United States Secretary of the Interior (2017-2019). Pinto said, "I am both honored to receive this award in the U.S. Chamber of Commerce and I appreciate the positive effect Turkish TV series' being the cultural power of Turkey, will have on the relations between two countries. I think our being the second country in the world in TV series export, following the United States, will open new horizons for other fields and support many other export items. Also, this success makes the export of culture extra significant."