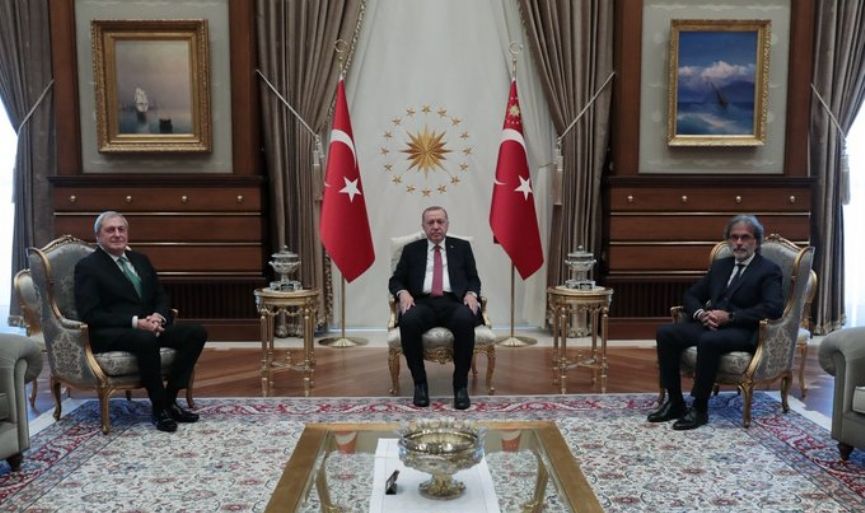 During Erol Kohen and Ishak Ibrahimzadeh's visit, President Erdoğan congratulated them on behalf of the Turkish team that attended the European Maccabi Games in Budapest.

Kohen and Ibrahimzadeh thanked President Erdoğan through the Turkish Jewish Community’s Twitter account saying, “We respectfully thank our President Tayyip Erdoğan who accepted us, sparing time from his busy schedule, for listening to us with his sincere and understanding attitude as always, sharing his valuable opinions with us and congratulating our team that joined the European Maccabi games.

They also added “We also kindly thank the Presidency’s Private Secretary Dr. Hasan Doğan and his colleagues for joining us and making us feel at home during our visit.”