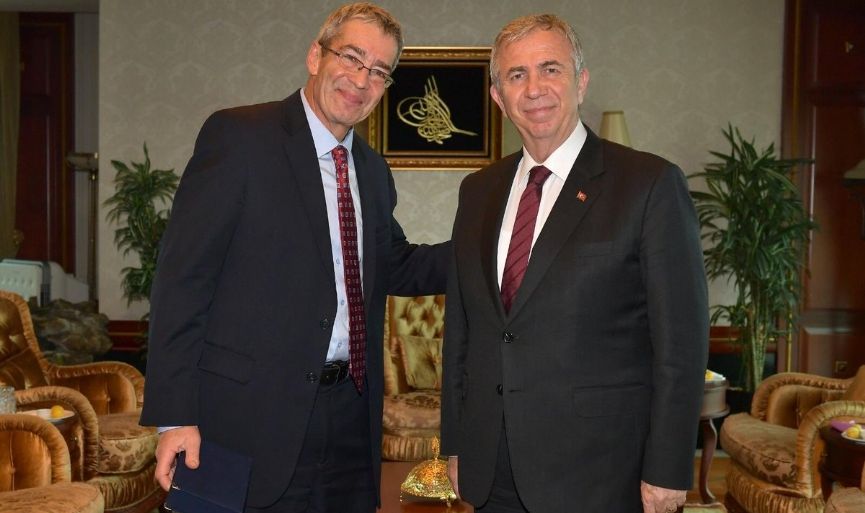 While the new Mayor of Ankara Metropolitan, Mansur Yavaş is welcoming local and foreign visitors in his government office, ambassadors and political representatives of many countries, who are greatly interested in him, are continuing to pay him visits.

Mayor Yavaş, who is offering great hospitality to his visitors, is telling them about his future plans and projects about Ankara. Mansur Yavaş is stating that the representatives of the countries he is meeting are also greatly interested in collaboration on joint projects.

Roey Gilad praised his visit to Mansur Yavaş in his twitter account saying, “Excellent meeting on Friday with Mr. Mansur Yavaş, Mayor of Ankara. We discussed ways to bring Israel and Ankara closer.”