The Historical Italian Synagogue of Istanbul, which housed a concert every month since February, welcomed the talented pianist Renan Koen on the evening of April 15th for yet another unforgettable concert.
SHARE ON TWITTER SHARE ON FACEBOOK
April 30, 2019 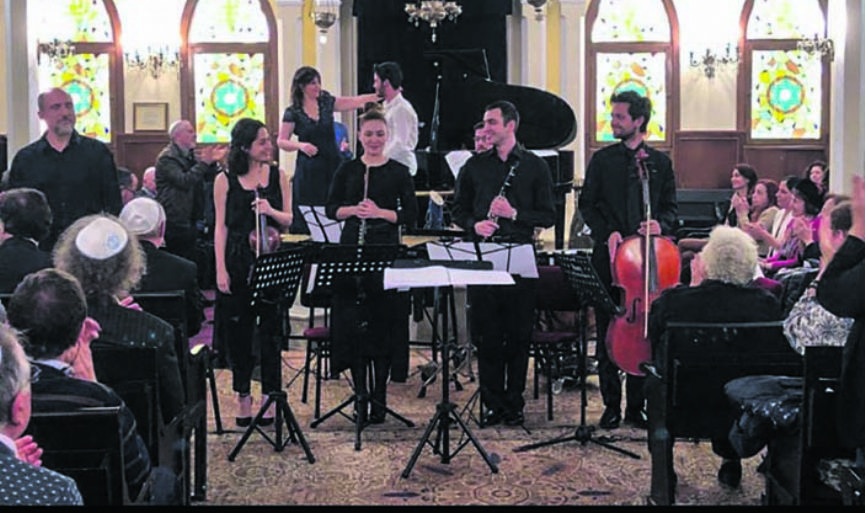 The Gabbai of the synagogue Mişel Horada, after his opening speech, invited pianist Renan Koen to the stage. During the concert Koen played works of Scarlatti, Shuman, Spanish composer Rodrigo, Czech composer Janacek and Mikis Theodorakis. She played Mikis Theodorakis' "Matthausen" for the first time as a part of her program “March of the Music”. Akın Kilis’s Contemporary Music Ensemble also added to the beautiful atmosphere to the evening.

Renan Koen while giving information about the beautiful pieces she performed during the concert, said; “(…) Since 2015, I have been playing all over the world the pieces of these wonderful composers who even though were locked up and ripped off all their rights in Terezin concentration camp in Czech Republic (Czechoslovakia at that time), were able to create these masterpieces. Being a music therapist, I developed an education program for the young people named ‘Positive Resistance with the Holocaust Reality’ inspired by the exquisite effort these composers had displayed. Currently, I am continuing to conduct these educations in various locations of the world. This education has become an initiative over the time, and I have started the movement of "March of the Music", that I put great emphasis on.  This movement has been launched in August 2018 aiming to take along some students to Terezin, yearly. Ever since I had started playing their work, I had a dream and that was to be able to play these in Terezin Camp where they were originally composed. So, we started working together with the consul general of Czech Repuplic, dear Dr. Petr Mares, finally achieving that dream concert last summer with the cooperation of the Terezin Institute. Thus the ‘March of the Music’ movement started when two students of the MSU State Conservatory, Istanbul, accompanied me on that visit, with the valuable contribution and support of the Turkish Jewish Community (…)”