Grand Synagogue of Edirne is housing the exhibition Armenian Community

The exhibition Edirne and Armenian Community displaying the old photos and postcards of the Armenians living in Edirne, was opened on March 24th in the Culture and Art Center of the Grand Synagogue of Edirne.
SHARE ON TWITTER SHARE ON FACEBOOK
March 29, 2019 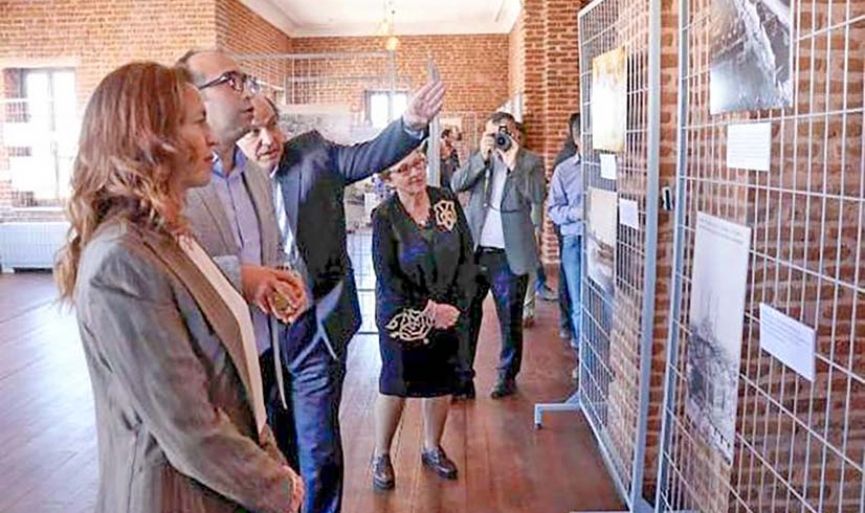 The exhibition “Edirne and Armenian Community” which is based on the book written by Roy Arakelian, is on display for art lovers to see. Roy Arakelian is living in France now, though his parents were originally from Edirne. Edirne Chief of Police Ali Kemal Kurt, Edirne Regional Director of Foundations Osman Güneren, former leader of Turkish Jewish Community Silvyo Ovadya and many guests attended the opening ceremony of the exhibition curated by Rakel Meşulam.

Ovadya in his opening speech, pointed out that in the Culture and Art Center of the Edirne Synagogue, they are making an effort to make space for all issues relating to Edirne and not only to Judaism. He added that Edirne Armenian Community is unknown to many people and they wanted to share the contents of the exhibition with everyone since they are so interesting.

Edirne Regional Director of Foundations Osman Güneren, in his speech, stated that the exhibition is reflecting the multicultural aspect of Edirne.

The exhibition will be running through April 28th.