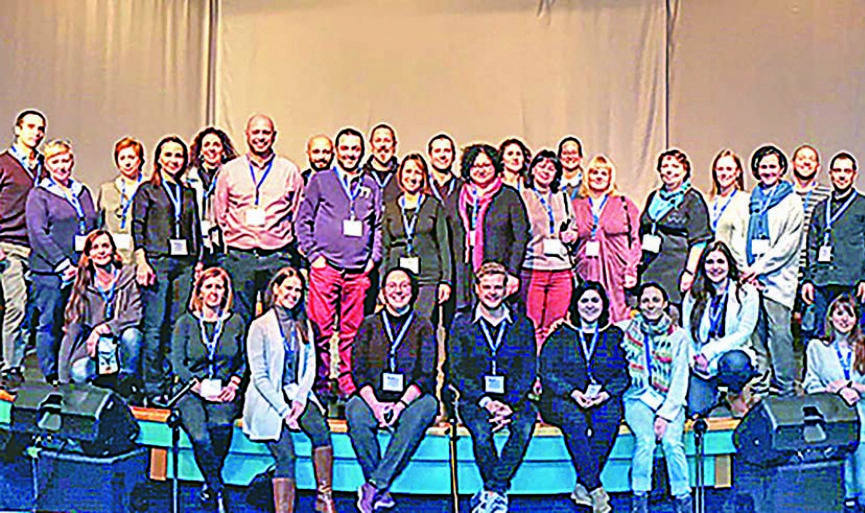 Centropa is a nonprofit educational institute, dedicated to preserve and revive the Jewish history. The institute is conducting collective studies in an interdisciplinary way, with instructors from 20 different European countries, via 21st century methods, trying to construct a historical, sociological and a Holocost related educational database, using the Jewish family stories.

The special bookmarks that Ulus Jewish School’s students encoded and designed especially for each participant’s name and then printed on the school’s 3D printer, received a great admiration.

At the end of the seminar, History and English teachers from Koç Schools, Hisar Schools, Sev American College and Robert College in Istanbul, conducted a special one day study with the Centropa Director Marcell Kenesei and Centropa Coordinator Borbala Pal. In this study the new objectives were set in using the Centropa educational tools in other schools as well.