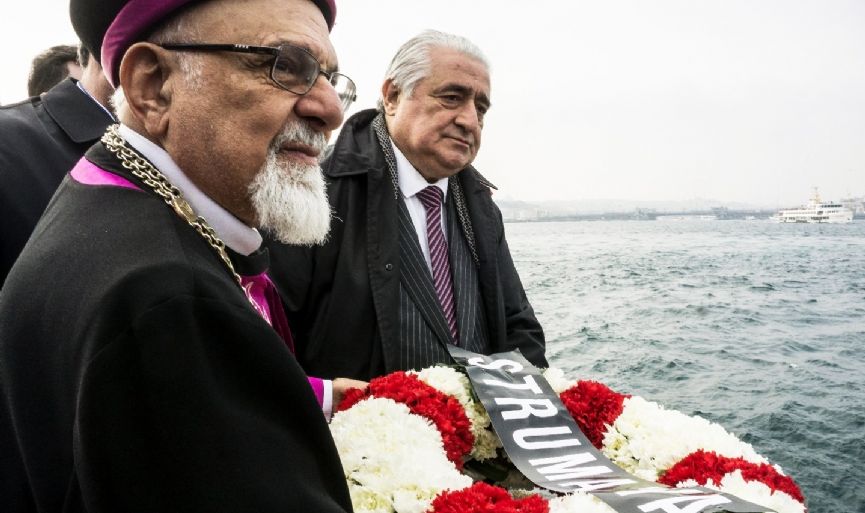 The message is as follows:

“Jewish refugees, who lost their lives in the Struma vessel that was torpedoed on 24 February 1942 while fleeing Nazi persecutions, were commemorated in a ceremony hosted by the Governorship of Istanbul with the support of the Turkish Jewish Community on 21 February 2019.”

Those who lost their lives in Struma vessel remembered by a special ceremony hosted by the Governorship of Istanbul with the support of the Turkish Jewish  Community at  Istanbul’s Sarayburnu coast.

In a message to press,Turkish Foreign Ministry spokesperson, Hami Aksoy said: "We commemorate in sorrow all those who lost their lives in the Struma  vessel in the hope of fleeing the Holocaust 77 years ago,"

The Struma, chartered by the Revisionist Movement’s New Zionist Organization and the Betar Zionist youth movement, left Romania in December 1941 with 769 Jewish “illegal immigrant” passengers on its way to pre-state Israel, according to Yad Vashem’s website.  The vessel arrived in Istanbul, towed there as its engine had failed, but the Turkish government refused to allow the refugees in because they did not want to become a haven for Jews as it saw the British as not allowing them to continue on to Israel.   Turkish authorities towed the Struma out into the Black Sea without fuel or food and after a few hours, the ship was torpedoed by a Soviet submarine and sank, killing all but one of the passengers, David Stoliar, 19.