Erdogan and Herzog Spoke on the Phone 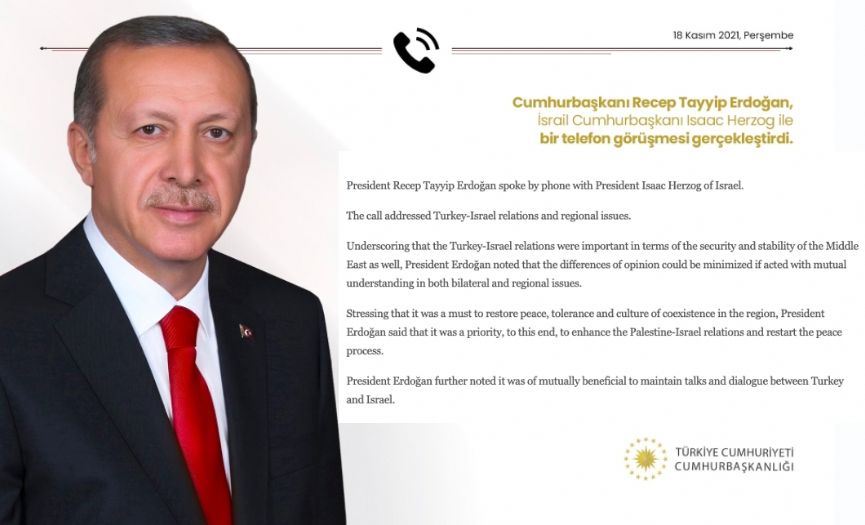 According to the Israeli press, the phone call following the release of the Israeli Oaknin couple, who had been arrested for allegedly taking pictures of President Erdoğan's residence, took place in a positive manner.

According to the statement made via the official Twitter account of the Presidency of the Republic of Turkey, President Erdoğan expressing that the relations between Turkey and Israel were also important in terms of the security and stability of the Middle East, said that the differences of opinion could be minimized if acted with mutual understanding on both bilateral and regional issues. Erdoğan also stressed that it was essential to restore peace, tolerance, and culture of coexistence in the region.