In memory of the Vienna Synagogue formerly established for the Sephardic Jews who had immigrated from Turkey, but had been destroyed during the Kristallnacht (the Night of the Broken Glass), a commemoration ceremony was organized on November 8th, by Michael Ludwig, Mayor and Governor of Vienna.
SHARE ON TWITTER SHARE ON FACEBOOK
November 10, 2021 354 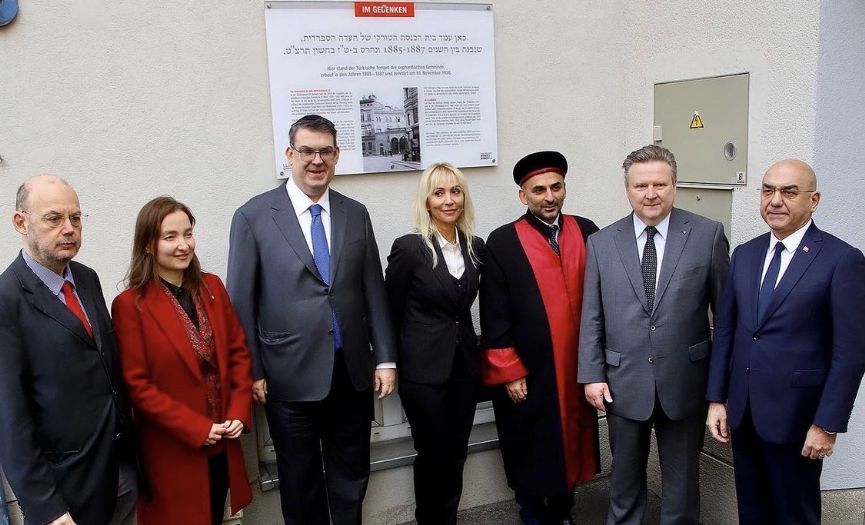 Turkish Jewish Community attended the commemoration ceremony where Mayor Ludwig made the opening speech of. Following his speech, the Turkish Ambassador Ozan Ceyhun and the President of Vienna Jewish Community made their speeches. Also present at the ceremony was Aslıhan Bozatemur, the State Deputy of Vienna. 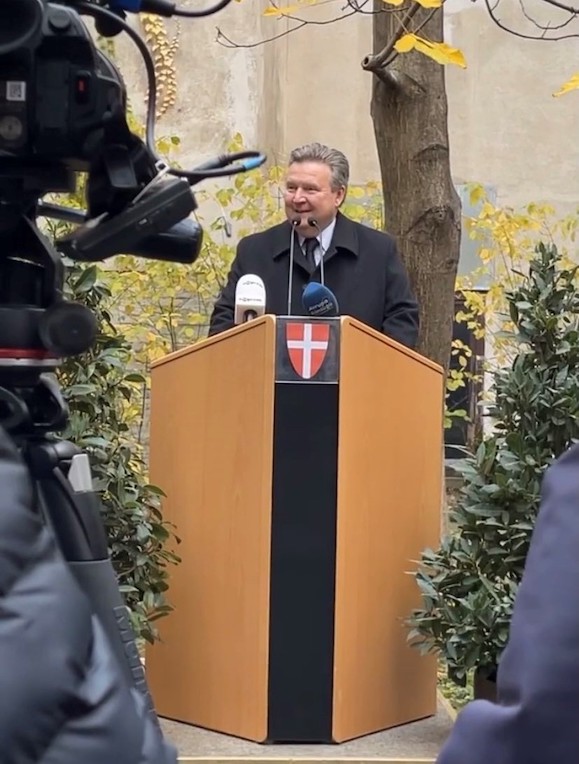 During the commemoration ceremony in Vienna, Rabbi Naftali Haleva recited Tehillim (Psalm) for the souls of the lives lost during the Holocaust.

During the ceremony organized by Dr. Michael Ludwig, Deniz Baler Saporta made a speech on behalf of the Turkish Jewish Community.