22 people who lost their lives during the cruel massacre on September 6th, 1986 in the Neve Shalom Synagogue in Istanbul, were commemorated with the ceremony on Tuesday, August 10th.
SHARE ON TWITTER SHARE ON FACEBOOK
August 11, 2021 506 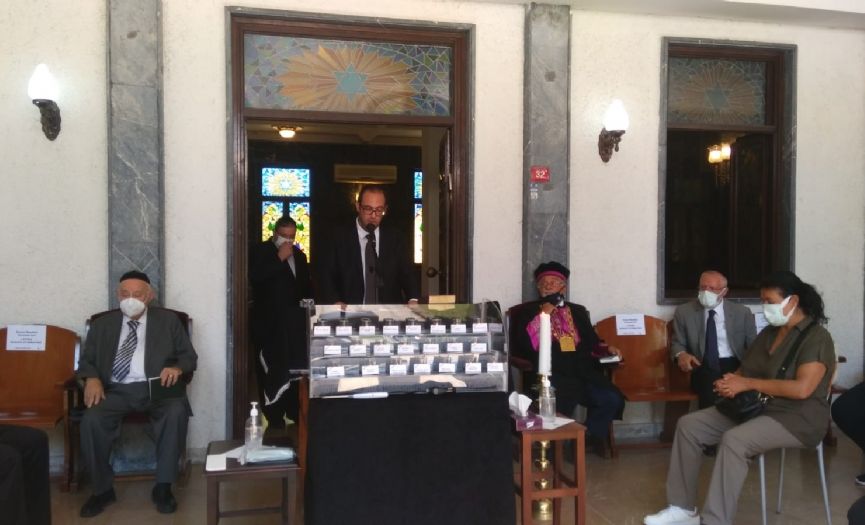 On September 6th, 1986, Saturday morning, at 9:17, Neve Shalom Synagogue had experienced a ruthless attack by a terrorist group of foreign nationality. The terrorists raiding the synagogue, had fired bombs and machine guns at the people praying their Shabbat prayers. During the terror attack where 22 people had lost their lives in a matter of only minutes, the terrorists had also died due to the bombs exploding in their hands.

People who had lost their lives during this terror attack were commemorated with a ceremony in the Ulus Ashkenazi Cemetery, on Tuesday, August 10th.