Selim Öztürk who had previously worked as a specialist at the Presidency for Turks Abroad and Related Communities, and as an assistant professor at the Turkish National Police Academy, is appointed as the Republic of Turkey Tel Aviv Embassy Culture and Promotion Consultant on July 7th.
SHARE ON TWITTER SHARE ON FACEBOOK
July 12, 2021 561 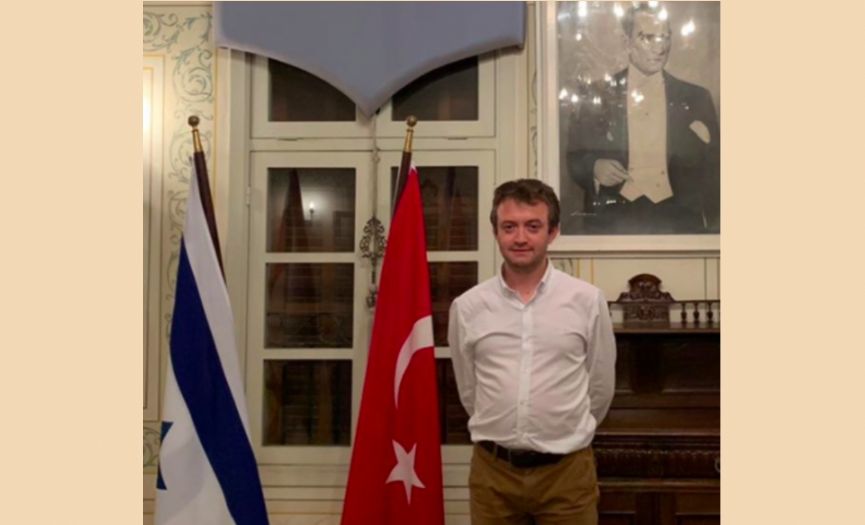 Selim Öztürk who has been doing researches in Politics, International Relations, History, and Diplomacy, stated in his Twitter account, "After a long and difficult process, I have started my post as the Cultural Consultant at our Tel Aviv Embassy. It is an honor for me to be the first consultant to be appointed after 11 years. I hope I can contribute to improving relations between the two countries."

Also, a 'Hello to Summer' event was organized by the Tel Aviv Embassy and the 'Union of the Jews of Turkey in Israel (IYT - Itahdut Yotsei Turkia)' at the Saraya Cultural Center in Old Jaffa on the evening of July 7th. Turkish Jews living in Israel met at the event. During the event, the piece 'Memleketim' (a famous old Turkish song about Turkey) played by violin has been the favorite song of the night.