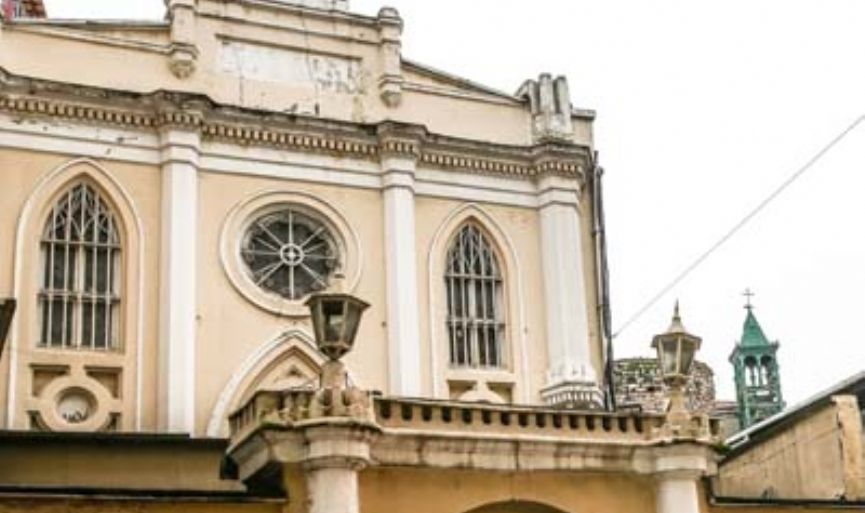 In the Ottoman Empire period, Jews escaping from Spanish inquisition first settled in Italy and later immigrated to Istanbul to work and above all to feel safe.

Between the years 1840-1850, Jews who were not officially Ottoman Empire citizens -most of whom were citizens of Italy- founded their own community “Istanbul Foreign Jewish Community-Comunita Israelitico Straniera di Rito Spagnolo Portoghese di Costantinopoli.”

The community’s members who had Italian citizenship often disputed with the Jewish administrators on fees for religious services such as weddings and funerals and they demanded to be taken under the protection of Italian Kingdom. On May 2nd, 1862, an official representative of Italian Kingdom Commandante Cerutti declared in writing that “On the condition that the members of the community preserve their Italian nationality, Italian Kingdom is ready to protect their freedom of faith and to officially recognize the community.” The community then changed its name ‘Comunita Israelitico Straniera di Costantinopoli sotto la protezione Italiana’.

The Ottomans called Europeans “Franks”. Based on this name, they called the members of this newly renamed community “Los Francos” and the community named their synagogue “Kal De Los Francos”.

Italian Synagogue has been open for worship for 134 years. The synagogue also hosts music recitals, bar-mitzvahs and seuda receptions. On Shabbat and religious holidays, the synagogue opens its doors to everyone.

I would like to thank Alain Danon, Beti Kohen and Violet Kampeyas who answered my questions and gave me information in the Italian Synagogue.