Renan Koen´s Concert at the Turkish Embassy in Washington DC 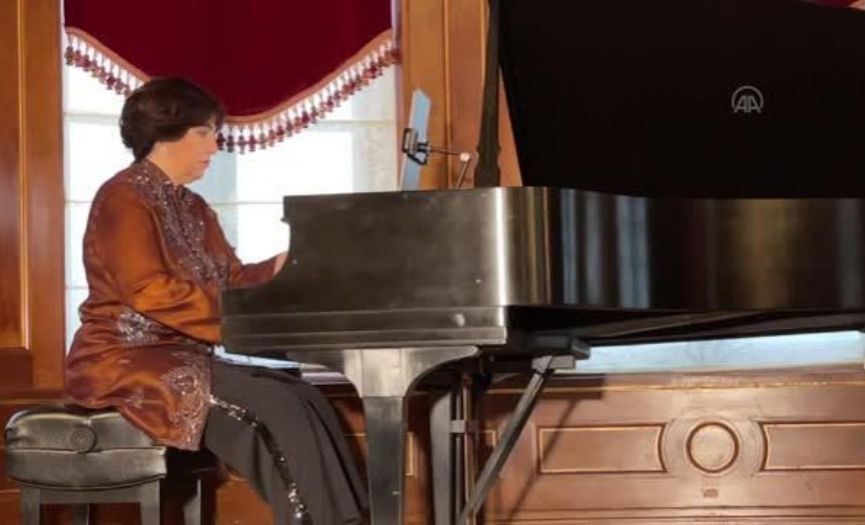 Renan Koen, following the world premiere of her 'Hymns from Auschwitz' Concert at the world-renowned concert hall Carnegie Hall in New York, arrived in Washington DC.

Koen gave a concert at the Turkish Embassy in Washington DC, accompanied by the New Manhattan Sinfonietta which had been founded and conducted by the renowned Maestro Gürer Aykal.

In the concert where Holocaust victims have been commemorated, besides the works of Turkish musicians and composers like Ulvi Cemal Erkin and Ali Darmar, the works of musicians who had been murdered during the Holocaust such as Viktor Ullmann, Gideon Klein, and Josima Feldschuh were performed.

The Turkish community living near Washington DC, members of the Jewish community, the director of the American Sephardi Federation Jason Guberman, the president of the Sephardic Jewish Brotherhood of America Foundation Ethan Marcus, senior government officials from the US, the diplomatic community in Washington, and people from the art and culture community attended the concert.

The Turkish Ambassador to the United States Murat Mercan, while making the opening speech, recalling Turkey's aid to Jews during the Holocaust, emphasized the friendship between the Turkish and Jewish communities.

Following the concert, the guests were served iftar dinner.