´Hymns from Auschwitz´ Concert from Renan Koen in New York 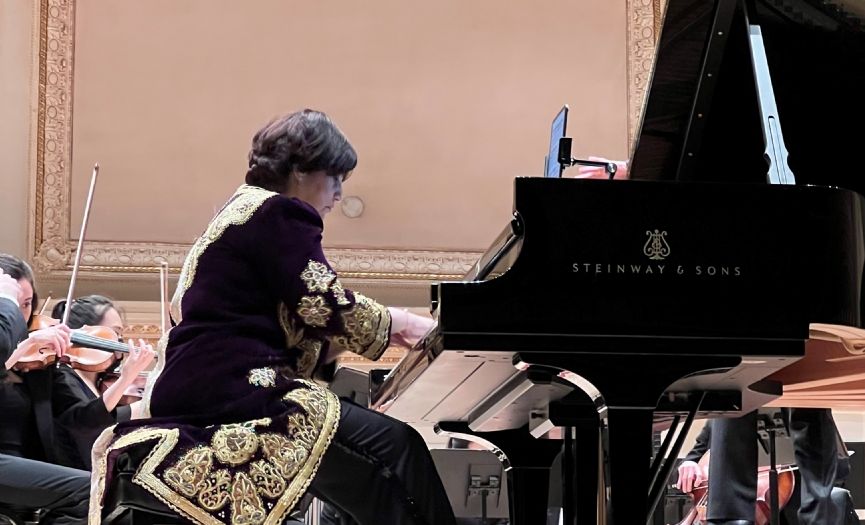 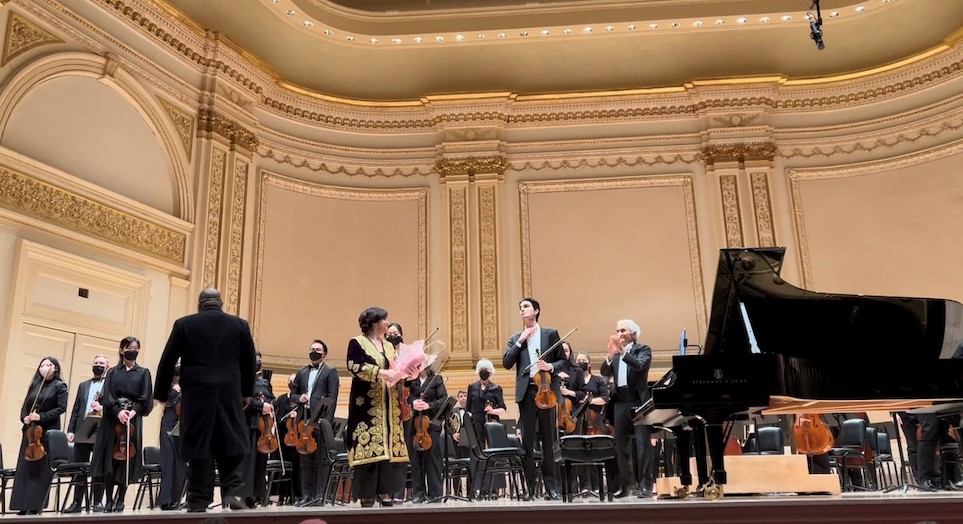 In this concert, the New Manhattan Sinfonietta conducted by Maestro Gürer Aykal accompanied Renan Koen, the creator of this project. Koen first played the piece titled 'Hymns from Auschwitz', which has been composed on the three musical themes from Greek Jewish experiences in Auschwitz, by her March of the Music student Elcil Gürel Göçtü, hence giving the concert its name.

Especially in this concert, as the world premiére, the orchestral work titled 'Auschwitz Symphonic Poém', composed by the famous composer and Holocaust survivor Michel Assael, but never had had the chance to be played, was also performed by Renan Koen. 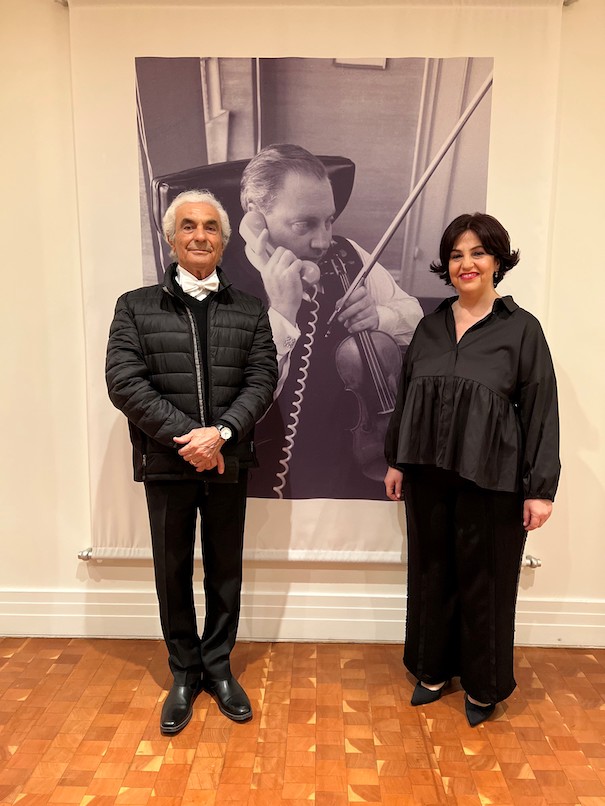 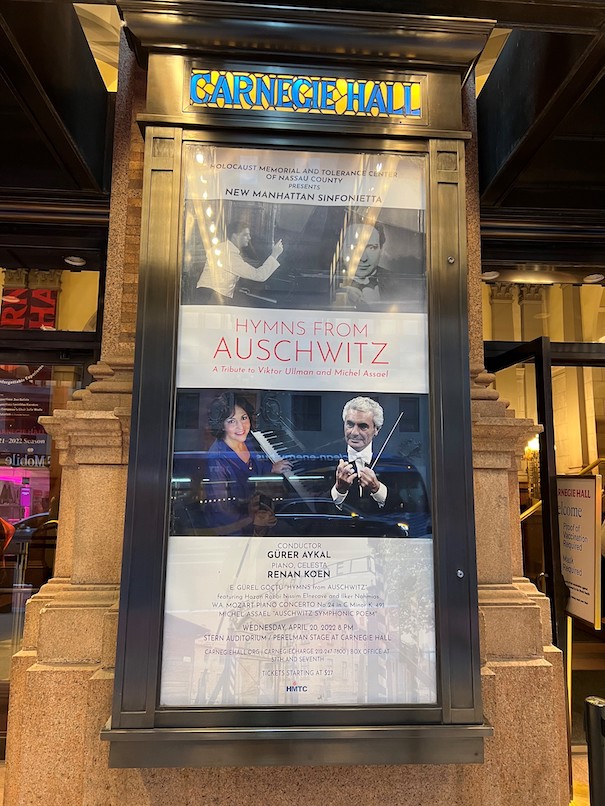 Renan Koen will also be performing a 'Holocaust Remembrance Day' themed concert at the Turkish Embassy in Washington DC on Tuesday, April 26th.