Another Miracle by Cem Behar and His Team

Unfortunately, there have been many losses after the earthquake in Izmir. However many people have also been rescued alive from under the debris thanks to the intensive search and rescue efforts.
SHARE ON TWITTER SHARE ON FACEBOOK
November 5, 2020 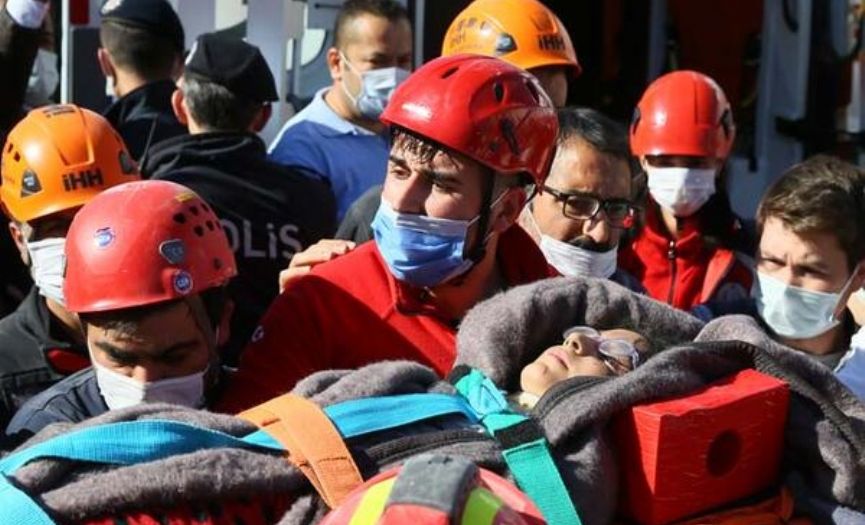 One of the people directing the rescue operations, GEA Search Rescue Team Chief Cem Behar, is describing their efforts during the rescue:

"AFAD (Disaster and Emergency Management Presidency), non-governmental organizations, the fire brigade had started to work together, at the same time, in a rather large building. After we had worked in various other wreckages, around at 2:00 A.M. we came here. We talked to Mr. Oğuz, the husband of Ms. Seher who was trapped under the debris. He described us the places they could be. We found a gap and entered the building. We received a reaction from an earthquake victim in no time. First, she revealed her location hitting the wall. Then we found out her name was Seher.

At my first contact, I called out to Ms. Seher saying, 'Hang on, I'm Cem from GEA. We came to take you.' She replied. She was fine. She was saying she had contacted her children. She has tried to cheer them up continuously. We rescued Seher and her children from under the debris around 2 A.M. We all know that hope is high during the first 72 hours of a disaster. We had this hope when we had arrived here. Of course, when you hear the voice there is great hope. When we constantly started to talk to Seher and her twins, naturally a bond formed between us. Therefore when we rescued them we felt extremely happy and proud."