Inspired by Torah: Song of Europe 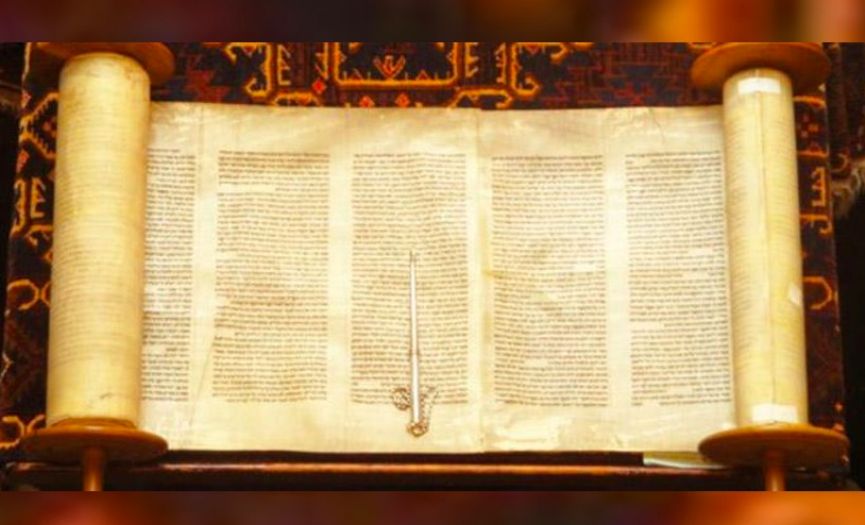 I am intrigued by an observation lately: Whenever I read some book or article on nationalism, be it praise or blame, I see that the author is always a Hebrew. (I used the term Hebrew on purpose. Most of the authors mentioned do not have a religious belief, yet they are all ethnically Hebrews. Terms Jew, Judean, Hebrew and Israelite are not well-established in my mind; though they are usually used interchangeably, I see that each and every one of them has a different connotation. (I would like to learn what is our Turkish Jewish Community’s official stance on this.) This was intriguing indeed, yet while contemplating about it, I had a humble epiphany: The most important nationalistic text was also the most famous book of all times, Torah. (Or, perhaps with a better term, Old Testament.) Not only that, the one who triggered this personal epiphany was a Jew, Yoram Hazony.

In the ancient era of human history, most of the gods worshipped were geographical. A perfect example of this can be found in Anabasis of Xenophon, where the tale of Greek mercenaries hired by Persians is told. From Hellas to Mesopotamia, Greek mercenaries during the course of their journey conclude that Poseidon no longer rules there and start offering sacrifices to local gods and derive the divine guidance for their haruspices from them. When gods are imagined anthropomorphically, and are associated with local landmarks, they are compelled to be geographical. If you explain the existence of Mount Athos by a tale of a Titan throwing huge boulders at Poseidon, when Mount Athos is lost in the horizon, its gods are also lost. This locality can still be observed in the modern age; for example, in the minds of my fellow Avshar tribesmen living in Central Anatolia, Ali ibn Abi Talib, the fourth caliph, was a historical figure of Anatolia. According to them, the rock which he sliced into two with a single stroke of his famous scimitar is located just north of Kahramanmaraş, a city in Southern Anatolia, around 2500 kilometers from Mecca as the crow flies.

One of the first Gods to overcome the “geographicality” and become “national” might be our old Kök Tengri, the Sky God of ancient Turkic paganism. Kök Tengri was both the “root and source” and Deus Otiosus in ancient Turkic mythology. (Words “sky” and “root” are homonymous in Old Turkic.) Lesser gods, deities, and spirits were of more importance for local matters. However, during the First Turkic Khaganate, Kök Tengri was equipped with new functions in addition to the former, and became more visible and prominent: First Turkic Khaganate had united many Turkic tribes and clans which had different idols and hallows and the only theme shared by all was Kök Tengri. Besides, the sky was everywhere, not restricted by geographicality like sacred forests or holy mountains. It was a tool for the rulers of the First Turkic Khaganate to unite all tribes under the umbrella of a national God, which had been the Gaia of the mythology before that.

Another “National God” whose impact was far greater than Kök Tengri was the God in Torah. This is what Mr. Hazony says, with a brand new perspective: The roots of Nation-State and concept of a world where “all nations live in their own places in accordance with their own customs” are in Torah. Let us hear what Deuteronomy 4 says: “What other nation is so great as to have their gods near them the way the Lord our God is near us whenever we pray to him?” Or Lamentations 4: “We thought that under his shadow / We would live among the nations.”

No doubt, the “national God of Israel” has evolved into a universal god as Semitic religions evolved. Today, perhaps even in the minds of Jews themselves, due to the influence of Christianity and Islam, their God is universal, yet the God in Torah is a national God. (Hence the definite article) Both in the texts of Judean mythos where the tales of Jewish displacement are told, and during the exiles later, HaShem is always with Jews. (As I do not have a theological point of view, I would like to say that I mean no offense to practicing Jews. Yet I am interested in what these texts mean in a historicist perspective, not interested in what was God’s intent.) Geography changes, mountains, forests change, the cities and regions mentioned in Torah are no longer around, yet, as D. E. Hollenberg brilliantly collected in his article Nationalism and the Nations in ISAIAH XL-LV, a God, which protects Israelites, which devastates the enemies of Israel and make them lick the feet of Israel is always around, always with Israelites. During all exiles, displacements, against all oppression and defamation, Israelites found solace in their national God which “turns Jacob the worm into a sledgehammer which ruins his enemies.” He who “strengthens the meek, raises the fallen and make them soar like an eagle.” In all these passages, the context is definitely not theological, there is a nation experiencing hardships and these texts give consolations and inspire them with determination for a strong, bright future. It is Torah’s this feature that makes it similar to Orkhon Runestones, in which the Khagan and nobles of Second Turkic Khaganate address the hardships and fortunes of the nation’s past, evaluate and take lessons from them, giving counsel and warning the nation in the end.

Torah, or Old Testament as its form in the Christian canon, inspired many 19th century poets of Europe with this feature of its. For instance, Serbian National Anthem, Bože Pravde, can be considered a parallel tribute to Isaiah 51, in this regard. “God who helps again as He did in past”, “God which frees from the shackles of slavery”, “God regreens and refruits” are all themes of Isaiah.

Another instance is the Hungarian National Anthem, Himnusz. Like Serbian one, it uses themes from Isaiah; moreover, it mentions the bravery of Magyars of old like Arpad, then explains why they were humiliated in the hands of Turks and Mongols: Their pride angered God. This reminds me of Gideon’s tale, in Judges 7, the God of Israel commands Gideon to downsize his army, lest “Israel believe they won the battle with their own strength and boast before God.”

Written during famous rebellions of 1848, both beginning with a call to “arise”, the Magyar poem Nemzeti Dal and Romanian National Anthem Deșteaptă-te, Române; why do they begin with calls to “arise” and “awake”, then speak about braveries of past, then humiliations, ultimately ending with a promise of a bright future should they arise?

Awake, awake, arm of the Lord,

Clothe yourself with strength!

Awake, as in days gone by,

As in generations of old.

Was it not you who cut Rahab to pieces,

Who pierced that monster through?

Was it not you who dried up the sea,

The waters of the great deep,

Who made a road in the depths of the sea

Those the Lord has rescued will return.

They will enter Zion with singing;

Everlasting joy will crown their heads.

Gladness and joy will overtake them,

And sorrow and sighing will flee away.

Yes, the passage from Isaiah above is like an archetype of nationalistic poems of this era. Of course, human is human everywhere and not all similarities can be explained by borrowing; many poets in many regions of the world used same themes, same similes and even same wording in their poems independently. (In every continent, I believe, one can encounter the verse “Nec tecum possum vivere nec sine te” in the local language. This is the only metaphysical belief I hold, yes, even in Antarctica, in the language of penguins, there is such a verse, I have a firm faith in this.) However, we should take the culture of contemporary Europe into consideration. Children who listened to, and read, Old Testament eventually became poets; in an environment where every aspect of the culture was woven with themes, stories, similes, metaphors, and symbols from the Old Testament. It is expected to see poets being inspired by, and borrowing from, Old Testament’s expressions and patterns when they face a situation alike.

In the foundation bricks of European Nation-States, the inspiration from stories of ancient Jews who yearned to “live as a nation among nations”. There is a promising potential in this regard, of re-evaluating Torah as a pre-modern nationalistic text, like Orkhon Inscriptions. (See Walker Connor’s Dawning Nations for a curious evaluation of the latter.) Who knows, if I find a partner who is more skilled and literate on Jewish text, we can do it together.