Turkish Jewish Community has also contributed to the ´We Are Enough for Eachother Turkey (Biz Bize Yeteriz Türkiyem)´ campaign that was started with President Recep Tayyip Erdoğan´s call.
SHARE ON TWITTER SHARE ON FACEBOOK
April 13, 2020 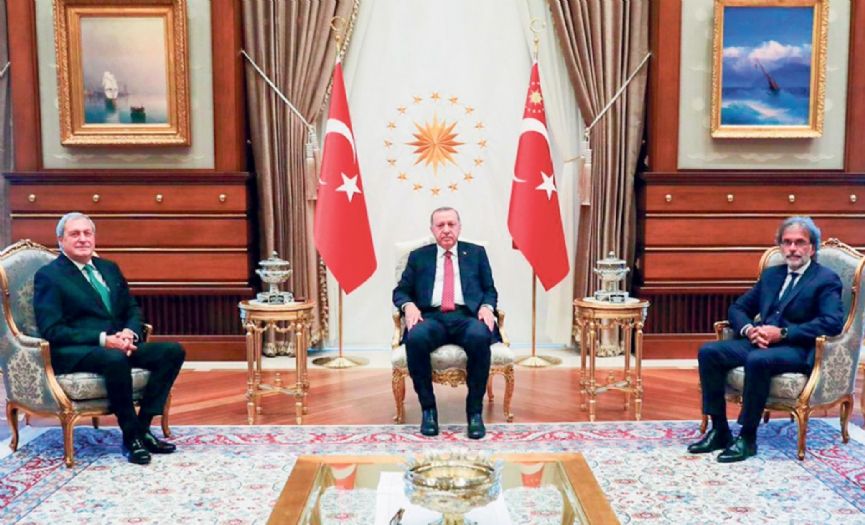 Following Chief Rabbi Isak Haleva's announcing that he was donating his 5 months' salary, co-president of Turkish Jewish Community businessman Erol Kohen also declared that he would contribute 1,200,000 TL to the campaign.

Kohen said, "We are sincerely joining this solidarity campaign for this pandemic hazard, which I believe will overcome very soon, not to hurt our people anymore, showing that we are together with our country's leaders and the health care providers who work with the utmost sacrifice."

Besides Kohen, Turkish Jewish Community foundations and some businessmen also contributed to the campaign.