The Yasmin Levy concert that was organized in the Grand Synagogue of Edirne by the Turkish Jewish Community and Turkish Directorate General of Foundations, received a huge audience.
SHARE ON TWITTER SHARE ON FACEBOOK
May 3, 2019 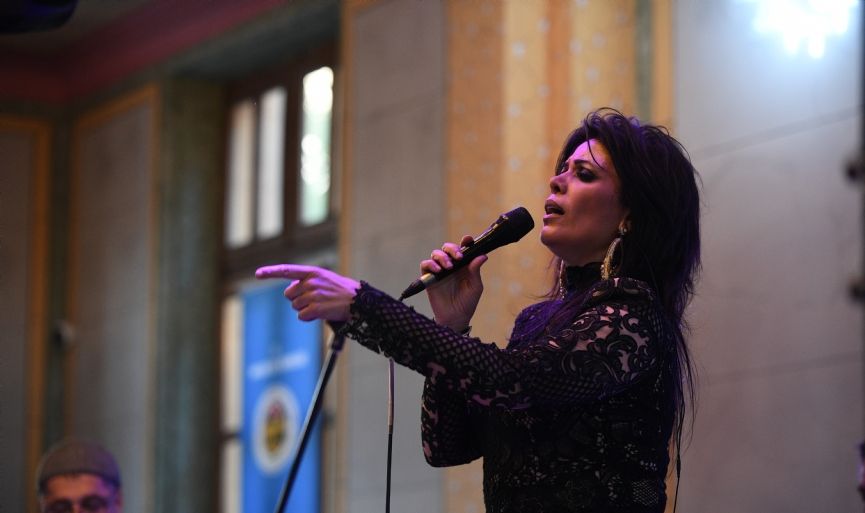 Almost 700 people watched Yasmin Levy’s concert in the Grand Synagogue of Edirne, which is the second biggest synagogue in Europe. The concert tickets were sold out in a short time. Turkish Jewish Community broadcasted the concert live on their social media accounts reaching an audience of 30.000 people.

Before concert the exhibition “Edirne through the Language of the Postcards” curated by Metin Delevi, was visited by many people. After the exhibition, one of the former heads of Turkish Jewish Community Silvyo Ovadya in his opening speech said, “We are organizing our annual synagogue concert once again. We are very happy to see this crowd tonight. Yasmin Levy is also here with us,” and welcomed Levy to the stage. Mayor of Edirne Recep Gürkan, Governor of Edirne Ekrem Canalp and Director of Foundations Adnan Ertem watched the show from the front row.

The diva of Latin and Sephardic music, Flamenco, Tango and Fados, Yasmin Levy greeted the audience with warm welcoming words in Turkish. Levy added “I am very happy to be here. I always say Turkey is my home. My family is originally from Manisa, Turkey. So, this is my family.”

Levy, speaking to the audience often during the concert, sang an emotional duet in her song “Una Pastora” with her father who had passed away, using his old soundtrack thanks to the technology.

After the concert the head of Turkish Jewish Community Erol Kohen presented Yasmin Levi a gift.

Governor of Edirne Ekrem Canalp in his closing speech said “We thank each and every one of the Jewish Community for this wonderful night,” and presented Yasmin Levy an ‘Edirnekari’ painting.