Devastating Earthquake Felt in the Aegean and Marmara Regions of Turkey 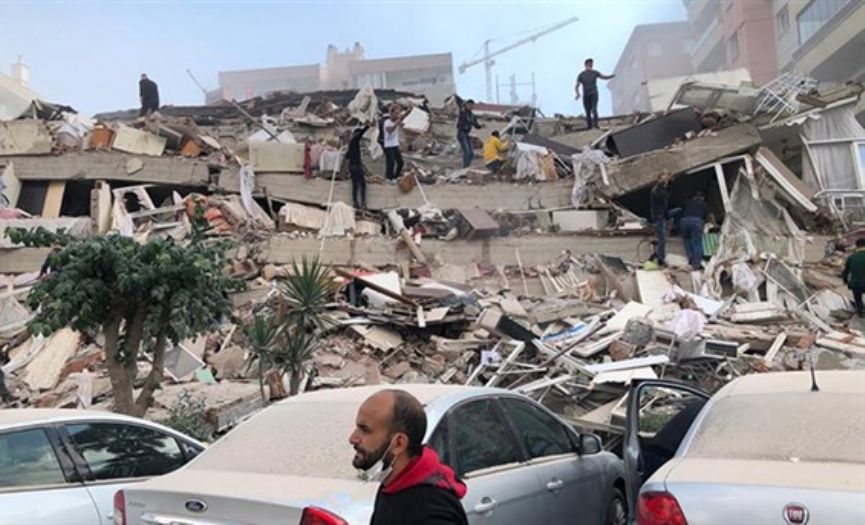 An earthquake of 6.6 magnitude occurred in the Aegean sea, at 16.5 meters depth, 17 km. off Seferihisar district, Izmir. The earthquake that has been felt greatly in Izmir, caused many buildings to collapse and affected at least 120 people. Many people are thought to be under the collapsed buildings.

AFAD (Disaster and Emergency Management Presidency) announced the epicenter of the earthquake as 17.26 kilometers off Izmir's Seferihisar district, in the Aegean Sea and declared that there are 4 people dead at the moment. They are warning the citizens not to go into the damaged buildings.

The hospitals, fire department, police, and medical teams are on alert. The authorities are requesting the public in Izmir, not to use their cellphones if not urgent, and not to block the roads as help cannot reach the necessary districts because of the traffic jam.