Two-week Isolation Ordered for All Who Enter Israel 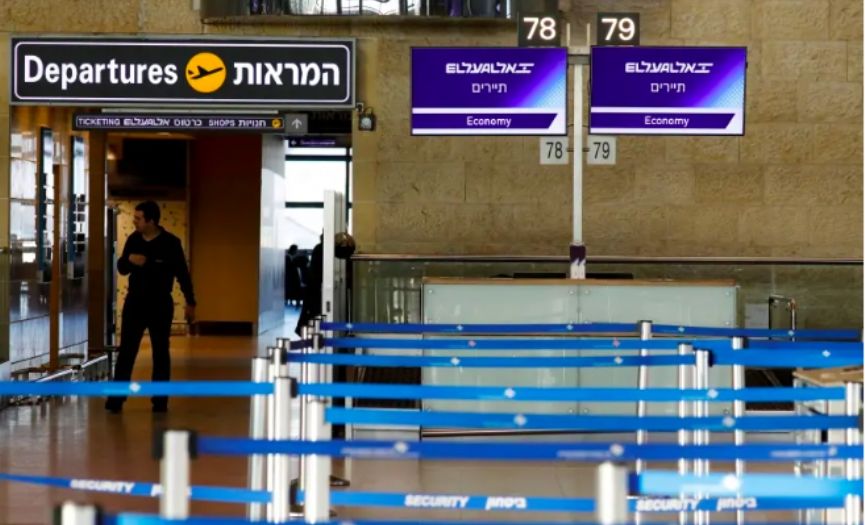 All people entering Israel from abroad will be required to spend 14 days in home isolation, Prime Minister Benjamin Netanyahu said on Monday. The measure became effective at 8 p.m. Monday night.

“After a day of complex discussions, we have made a decision: Whoever arrives in Israel from abroad will enter quarantine for 14 days,” Netanyahu said in a video statement Monday as 50 Israelis were diagnosed with coronavirus. “This is a difficult decision but it is essential to maintaining public health, which takes precedence over everything.

The message came less than an hour after Israel’s Health Ministry announced that three more people were diagnosed with coronavirus: patients No. 40, 41 and 42. It also came two hours before patients No. 43 through 50 were announced.

“This decision will be in effect for two weeks,” he continued. “At the same time, we will make decisions to safeguard the Israeli economy.”

Specifically, the isolation requirement applies to both Israelis and foreign travelers alike. No non-citizens will be able to enter Israel without proving they have a place to stay out their quarantine.

Tourists who are already in Israel will be given a few days to organize their flights back home.

The Health Ministry is asking that these tourists follow five guidelines: 1) Call Magen David Adom if they experience any symptoms; 2) pay careful attention to their personal hygiene; 3) stay away from public gatherings; 4) understand that they cannot leave and then return to the country and; 5) report on their whereabouts while in Israel.

The quarantine does not apply retroactively, explained Health Ministry director-general Moshe Bar Siman Tov. Though he cautioned that any Israeli or tourist who has landed in the country in the last 14 days and shows symptoms of the virus – fever, cough or difficulty breathing – should call MDA and be tested.

He said the country made the decision to ensure that the number of sick patients in Israel does not expand too rapidly, so that the health care community can continue to effectively treat those people who are sick with the disease, known as COVID-19.

“We know that the economic impact is dramatic, but health comes above all else,” he said, cautioning that if Israel did not take harsh enough steps, the country could end up like Italy, which is experienced both untenable strain on its health system and severe economic challenges as a result of the rapid spread of the virus.

He said that, “if we see that the situation changes, then we will change our policies… We can succeed if the public cooperates.”

“This is an uneven epidemic at the global level, “said WHO director-general Tedros Adhanom Ghebreyesus during a virtual press conference on Monday.

Patient No. 45 is a 60-year-old woman from Jerusalem who was in contact with a known coronavirus patient.

Patients 46 through 48 are from central Israel and contracted the virus from another known coronavirus patient.

Patients 49 and 50 are from Haifa. Patient No. 49 returned from vacationing in Spain via Portugal on March 4 and No. 50 returned from Spain on March 3. She has been in quarantine since March 4.

Also, on Monday, Sheba Medical Center reported that they were testing one of their senior physicians for coronavirus after her husband came down with the disease. At midnight, the hospital was able to confirm that her results were negative. Until then, the hospital had put those who worked near her in temporary and preventative isolation.

On Sunday, the Health Ministry announced more than a dozen new cases of coronavirus in Israel – patients 26 through 39. It is still unknown how one of those patients, No. 29, was infected with the virus.

The coronavirus is spreading rapidly. Health authorities in the United Kingdom reported that the number of people infected in the country rose from 273 to 319 on Monday. French authorities also confirmed that 1,191 people have been diagnosed with the virus so far, and that two more people died during the past 24 hours.

Italy remains the country with the highest infection rate in Europe. On Monday, the president extends travel restrictions on all of its 60,000,000 people.

“As you know, over the weekend we crossed 100,000 reported cases of COVID-19 in 100 countries,” Ghebreyesus said during the press call. “It’s certainly troubling that so many people and countries have been affected so quickly.

“Now that the virus has a foothold in so many countries, the threat of a pandemic has become very real,” he continued.

But he said that this would be the first pandemic in history that could be controlled.

“The great advantage we have is that the decisions we all make – as governments, businesses, communities, families and individuals – can influence the trajectory of this epidemic,” he said. “We need to remember that with decisive, early action, we can slow down the virus and prevent infections.”

Mr. Samuel Abuab, CEO of the Education Ministry, said that the main challenge the country’s education system faces is maintaining the curriculum while students sit in isolation.

“We are keeping a close eye on those who are in isolation,” he said in a statement, noting that the ministry is hoping to introduce a remote-learning program to “reduce the damage of lost time in school.”

A mental health crisis center announced that it would open a hotline on Tuesday to assist those suffering from mental health issues while in isolation. Also, two more hospitals – Jerusalem’s Hadassah Ein Kerem and Shaarei Zedek hospitals and Rabin Medical Center in the Sharon region – said they are now also ready to take in coronavirus patients.

Israel Police met Monday morning and carried out a security assessment in connection with the outbreak of the coronavirus in Israel.

“The police are putting all necessary resources into the current situation to provide a fast response to all the possible scenarios,” said acting Police Commissioner Moti Cohen, noting that coronavirus will likely be the main focus of the police’s operations over the next few weeks.

“We urge the general public to act in a responsible way and not republish false information,” the police said in a statement.

The country’s decision came after at least 48 hours of deliberations, including a call between the prime minister and Vice President Mike Pence that took place Sunday.

“US Vice President Mike Pence asked Netanyahu in their telephone conversation yesterday that Israel’s new home-isolation policy not only focus on the US and several other European countries but that it would include all countries of the world,” Israeli reporter Barak Ravid tweeted shortly after the announcement was made Monday.

Earlier in the day, Health Minister Ya’acov Litzman told Israel’s radio station 103 FM that America would be supportive of whatever decision the country makes.

“I was present when the prime minister spoke with Vice President Mike Pence, and there was no argument: They agreed on everything,” Litzman said. “This is not a question of America or not of America.”

Meanwhile, US President Donald Trump has been trying to calm the global panic, largely due to fear of an unprecedented economic crisis, despite more than 100 cases being diagnosed in the last 24 hours in New York alone.

“So last year 37,000 Americans died from the common Flu,” the president tweeted Monday. “It averages between 27,000 and 70,000 per year. Nothing is shut down, life & the economy go on. At this moment there are 546 confirmed cases of CoronaVirus, with 22 deaths. Think about that!”