Turkey Under Pressure to Tackle Sharp Rise in Murders of Women 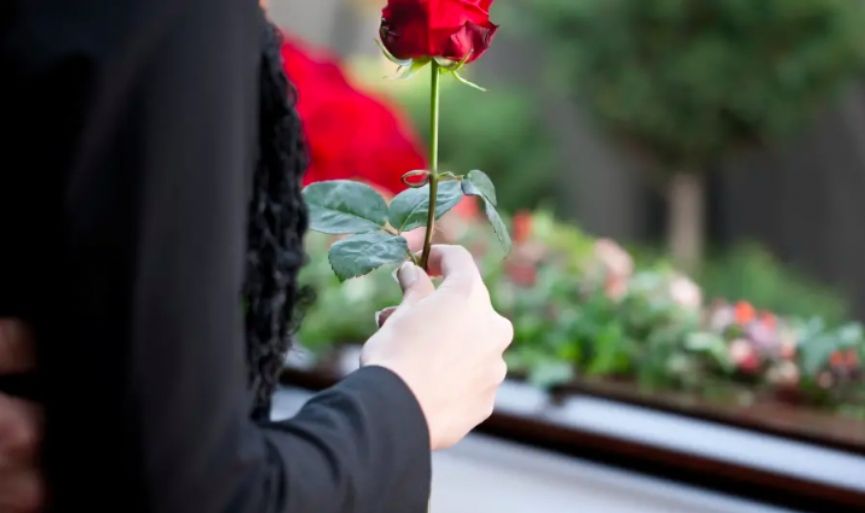 Emine Dirican's husband shot her in January and was released from jail pending appeal in May, leaving her in fear of being attacked again in a case that underscores the vulnerability of women to violent attack and murder in Turkey.

Last year men murdered 440 women in Turkey, unofficial data show, more than doubling from 2012 when Ankara passed a law on preventing violence against women - a rise which some women's groups attribute to the failure to implement the legislation.

Turkey does not keep official statistics on femicide. World Health Organization data say 38% of women in Turkey are subject to violence from a partner in their lifetime, compared to about 25% in Europe.

One woman's murder in August, captured on video, triggered nationwide protests by women, raising pressure on Ankara to act and prompting President Tayyip Erdogan to say he would approve any parliamentary move to restore the death penalty in Turkey.

Emine Bulut, 38, was stabbed by her former husband in front of her daughter. A Turkish court sentenced him to life in jail on Monday.

"We have the same (first) name but don't let our fate be the same," Dirican, 43, said in a tearful interview, sitting with her mother in the home where her husband shot her in January after she sought a divorce.

The court sentenced her husband to nine years in jail on various counts including wilful injury, rejecting charges that he attempted to kill her. He was then released pending appeal.

Dirican, a beauty clinic employee, was shot in the leg and had to quit work. She says she is afraid to leave her home for fear of being attacked. She faces a divorce hearing this month.

"I don't want to be found dead somewhere or for acid to be thrown at me," she said, adding that she was not receiving personal protection. "What is important to me is that the state protects me while I am alive."

Turkey led the way in ratifying a 2011 Council of Europe accord, the Istanbul Convention, which prioritizes gender equality. It also passed legislation in 2012 to protect women.

But women's groups say authorities are failing to implement their commitments under the Convention.

"The reason for violence increasing is that the judiciary and security forces are not using the available mechanisms," Canan Gullu, head of the Turkish Federation of Women's Associations told Reuters in an interview.

Perpetrators also believe they can secure reduced sentences through good behavior and acting like a victim, she said.

Turkey's family ministry did not respond to Reuters' questions regarding violence against women. However, Justice Minister Abdulhamit Gul vowed after the killing of Bulut that the government would do whatever it takes to stem the violence.

"If it will save just one person, if it prevents one child, one woman from dying or facing violence, we will change not just a law but even the constitution," he told reporters last month.

The government has taken measures such as tagging individuals known to resort to violence and creating a smartphone app in 2018 through which women can alert police.

Downloads of the app surged to some 320,000 following Emine Bulut's murder from 70,000 beforehand, a deputy police chief said in an interview last month.

The Council of Europe body which monitors the Convention's implementation called in a report a year ago for Turkey to abolish practices which discriminate against women, saying the root cause of the violence was gender inequality.

Fidan Ataselim, general secretary of a platform set up to halt the killing of women, said the violence also reflected the inability of some men to accept the increased opportunities Turkish women now enjoy due to social changes.

"When you look at the excuses, they were killed because they wanted to make decisions about their own lives - to divorce, to work, to wear what they choose," she said.

Her group compiles the unofficial data on the number of Turkish women killed by men, which rose to 440 last year from 210. The number stood at 53 in September alone, it said.

However, many in conservative and Islamist circles in Turkey are hostile to the Istanbul Convention and say gender equality undermines the institution of family.

"Wandering among us is a devil with an angel's face which is organizing conflict, not peace, within the family," he said in an interview in his home on the Asian side of Istanbul.

"The family is collapsing. With an international agreement (the Istanbul Convention), a trap is being set up against women, men, children, the family."

While most violence is within the family, and much of it is related to divorce proceedings, women's groups say there are also many cases where women are victims of violence solely because of their gender in a heavily patriarchal society.

Acelya Sengul's mother Fatma was shot by a work colleague in front of their house in March and died in the arms of her daughter. After her death, women carried her coffin and staged a march in protest and Sengul said this support helped her cope.

"Women saying they stand beside me gives me more strength. I feel I am not alone. I feel they are beside me," she said.