The stars of the popular Turkish soap opera The Bride of Istanbul arrived in Israel on Friday, and were greeted as heroes by thousands of local fans.
SHARE ON TWITTER SHARE ON FACEBOOK
April 8, 2019 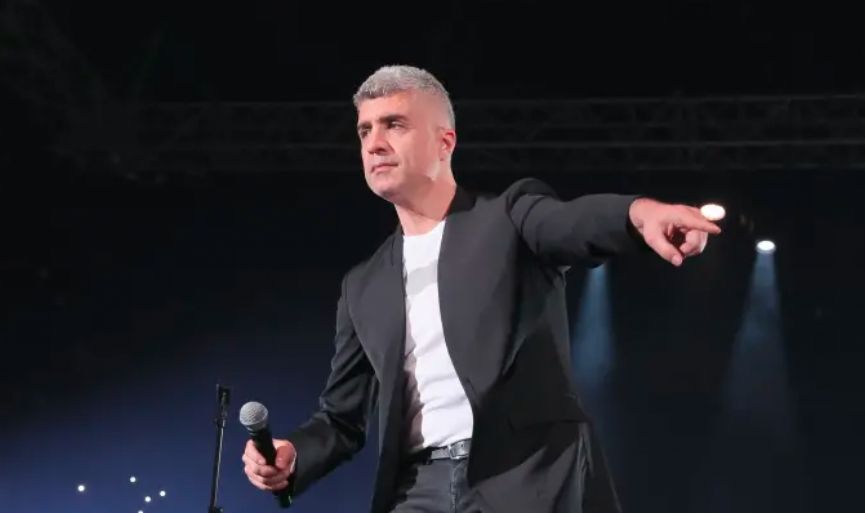 The TV show, officially titled Istanbullu Gelin, has become nothing short of a sensation in Israel. And Israeli companies are capitalizing on that fact. Earlier this year, the fashion brand Castro brought one of the show’s stars, Berkay Hardal, to film an ad campaign in Israel. Last month, both HOT and Yes launched channels dedicated to airing just episodes of the soap opera.

And on Friday, the show’s two leads, Ozcan Deniz and Aslı Enver, touched down in Tel Aviv for two concerts at the Menora Mivtahim Arena. Deniz attended a fan meet-and-greet in Herzliya before his first show, where he was mobbed by fans.

And at the arena on Saturday evening, he discovered more than 10,000 adoring people in the crowd. Concert organizers added a second show on Sunday evening after the first one sold out.

“You discovered here a show that we film in Turkey, and again, art has won out,” Deniz said on stage, alongside a Hebrew interpreter. “What the politicians haven’t succeeded in doing, this time we succeeded. I thank you so much, and hopefully, many other things in the realm of art that we do, can help bring us together.”

Deniz performed his wide repertoire of Turkish songs as the mostly-female crowd shouted “Faruk, Faruk” – the name of his character in the show. Enver, his co-star and on-screen wife, Sureyya, joined him for just one song on stage. Toward the end of the show, Deniz, who appeared to never utter the word “Israel,” issued another call for peace.

“Tel Aviv is a very beautiful city,” he said. “And I am waiting for all of you to come visit us in Turkey.”