´Swiss Union of Jewish Students´ were in Istanbul

During the Shabbat dinner organized in the Ortaköy Etz Ahayim Synagogue on the eve of February 7th, young people coming from different countries got the chance to meet and get to know each other.
SHARE ON TWITTER SHARE ON FACEBOOK
February 13, 2020 1773 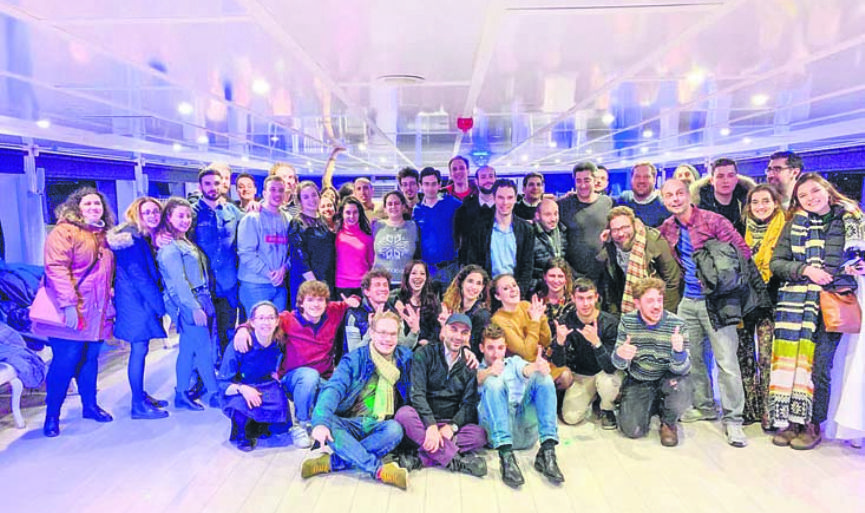 'Swiss Union of Jewish Students' was established in 1948 and it represents the young Jews that are from age 18 to 35.

Young people from different countries, brought together by SUJS to spend the weekend in Istanbul, got to know each other and socialized by singing different melodies specific to themselves, during the Shabbat dinner in Ortaköy Etz Ahayim Synagogue.

On Saturday, February 8th, after the Tora conversation by Rabbi Josh Ahrens following the Tefillah, they took a walking tour of Ortaköy visiting the Ortaköy Jewish Orphanage, the old Ortaköy Jewish School, and 18 Akaretler - the old Jewish district of Ortaköy.

During the tour, Izzet Yaeş who was one of the last graduates of the old Ortaköy Jewish School, told his memories about the school. After Meri Yeruşalmi, who has been living in Ortaköy since she was a child, told her old memories and gave information about the Jewish life in the district, they had lunch together.​

The group who came together once again after Shabbat enjoyed a dinner boat tour in the Bosphorus. The young people that visit many different countries in Europe each year, expressed their gratitude to have chosen Istanbul as their destination this year and thanked Rabbi Naftali Haleva and his wife Leyla Haleva for all their contribution in the organization. They also remarked that their next trip will be to St. Petersburg and they would be very happy if the Turkish Jewish community youth could join them.