A Holocaust Memorial in Hungary created by a Turk

In 2005, in order not to let people forget the shame of Holocaust, artist Can Togay created the concept of a Holocaust Memorial he named Cipők a Duna-parton  The Shoes at the Shore of Danube and designed it together with sculptor Gyula Pauer.
Erdoğan MİTRANİ
SHARE ON TWITTER SHARE ON FACEBOOK 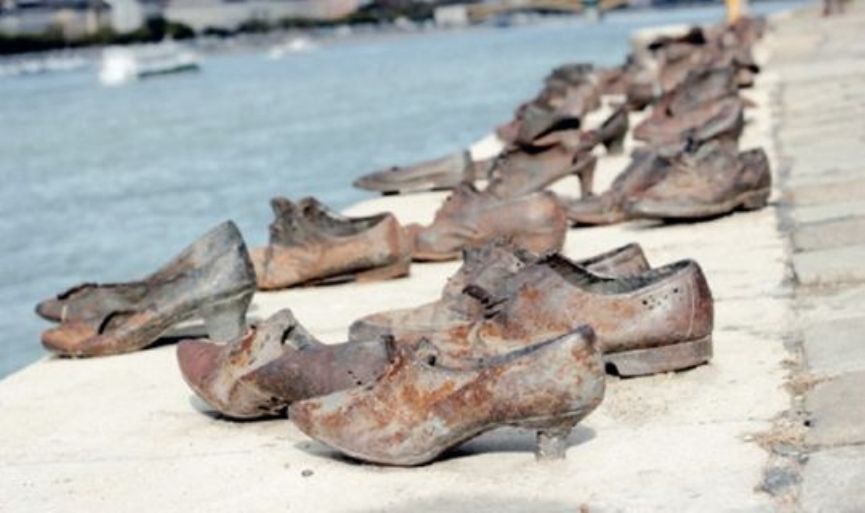 The memorial is located right in front of the Budapest Parliament Building. The 60 pairs of rusty iron shoes molded from the original shoes from that period represents the footsteps of a time of hell…

Born to a Turkish refugee family living in Budapest, in 1955, Can Togay (János)  spent his childhood years in Germany and became an actor, screenwriter, poet and director. He truly is a renaissance artist…Togay, graduated from Eötvös Loránd University with a degree in English and German Literature. He did his doctorate at Sorbonne University on comparative linguistics. Later, he studied at Budapest Theater and Video Arts University. He studied directing as one of Zoltán Fábri’s student. He starred in various roles in films alongside famous actors and actresses such as Isabelle Huppert, Hanna Schygulla and Tom Berenger. He played Cevat Sakir in Erden Kıral’s “Blue Exile” movie. He co-starred with Zuhal Olcay in the film “An Autumn Story”.

The first film Can Togay wrote and directed ‘A nyaraló / The Man on Vacation’ was an experimental project which took place at the suburbs in Hungary. The movie he directed in 1999 ‘Egy tél az Isten háta mögött / A Winter Out of Sight’ depicts the last years of communism in Hungary from the perspectives of two teenage boys living in a faraway mountain village.

Togay, still living in Berlin, became Hungary’s cultural attaché, in 2008. Since then, he is the director of Collegium Hungaricum Berlin (Hungarian Science and Culture Institute in Berlin) which is one of the most important international centers of Hungary.

In the last year of World War II, when it became impossible to send the Jews to concentration camps in Poland by train due to the approaching Soviet Army, the executions started to take place in Budapest with the support of co-conspirator Hungarian government.

At the end of 1944 and the beginning of 1945, militias from fascist Arrow Cross Party executed thousands of Jews, women, men, children, without exception by firing squad. First they lined the Jews at the shore of Danube in the freezing winter nights, then stripped their clothes off. They also made them take their shoes off so that the river would sweep their dead bodies easily, after they would be executed.

Can Togay said, “I’ve heard about this when I was a kid. This deeply wounded my soul!” So, in 2005, in order not to let people forget the shame of Holocaust, he created the concept of a Holocaust Memorial he named “Cipők a Duna-parton – The Shoes at the Shore of Danube” and designed it together with sculptor Gyula Pauer.

Behind the memorial, at three different points along the 40- meter long stone dock, there are three epitaphs written in Hungarian, English and Hebrew.  They read, “In memory of those who were executed by a firing squad consisting of militias from Arrow Cross Party in 1944-1945.”

The memorial is located right in front of the Budapest Parliament Building. The 60 pairs of rusty iron shoes molded from the original shoes from that period represents the footsteps of a time of hell…

To not forget… Maybe it’s the biggest guarantee for such a thing to never happen again.