Pianist, composer and soprano Renan Koen gave two concerts in Prague (August 21st) and Terezin (August 22nd) as part of Everlasting Hope: Gustav Mahler and Terezin Composers Festival. As part of her Holocaust Education program, Koen brought along two of her young conservatory students who are both Muslims, to the festival. 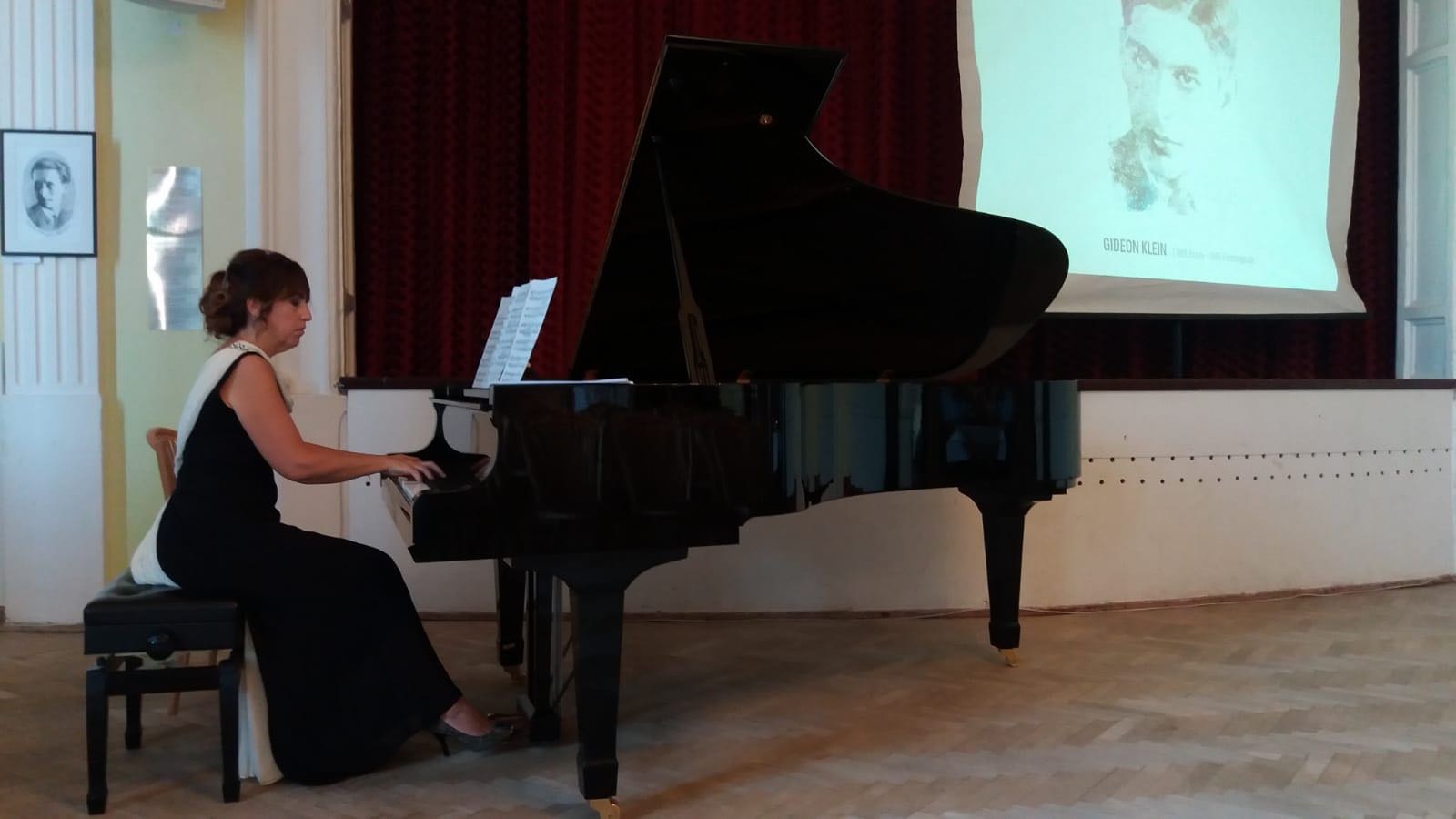 Pianist Renan Koen has been giving concerts in different cities of the world, performing the works of composers who were killed in WWII at Terezin Nazi Concentration Camp, in an effort to pass along their music and memories to next generations. The artist gave her latest performance in the land these musical artworks were born.

Setting off with the purpose of commemorating Holocaust and telling people about Holocaust, Renan Koen is indeed providing Holocaust education to people through her music. As a guest of Terezin Foundation, Koen gave two concerts in Czech Republic.

Renan Koen who founded a special unit to offer Holocaust education to non-Jewish youngsters, brought along two of her students to Terezin. As part of the festival which is being organized for the first time, Renan Koen organized a workshop together with the festival’s international attendees. Renan Koen talked to Salom newspaper about this unique festival and experience.

“Performing in Terezin is an utterly different feeling”

Dear Renan, you have given two concerts in Prague and Terezin. How and by whom were you invited? How did this organization go down?

The invitation came from Terezin Foundation. Turkey’s Ministry of Foreign Affairs paid for my airplane ticket. I first contacted Terezin Foundation two years ago to ask them if I could give a concert at Terezin Camp. After this initial correspondence, we partnered up. This year, for the first time the foundation organized an international festival: ‘Everlasting Hope: Gustav Mahler & Terezin Composer. There were various artists who participated in the festival. The festival also included conferences and workshops with esteemed guest speakers, each of whom are specialized in their own fields.

The invitation I received was not only for my artistic background. Based on our partnership, they invited students, as well. I have been giving education both here in Turkey and abroad to non-Jewish youngsters. Together with the Quincentennial Foundation of Turkish Jews we have decided to continue these classes in the Quincentennial Foundation Museum of Turkish Jews.

Upon this decision, I have founded a special unit which I named ‘The Reality of Holocaust and Positive Resistance’. Thanks to this unit’s and Terezin Foundation’s partnership, I was offered to give international students lectures inside the camp and the ghetto. During our talks, I also founded an organization with the name ‘March of Music’. The goal of this organization is to bring non-Jewish students to Terezin each year to offer them a chance to experience the place and to organize special workshops. This is the first year we were able to that. I had given lectures before at musicology and composition departments of the conservatory. When March of Music organization became active with the support of Turkish Jewish Community and the financial contributions of Terezin Foundation, I contacted professors at Mimar Sinan University and together we decided on two students.

One of these students is Engin Cetin, who is studying to get his master’s degree in musicology, in Germany. His main subject is Germans who came to Turkey during World War II. The other student is Akin Kilis. He too attended my lectures and was very intrigued by them. Akin is currently composing a song for which I will try to arrange a performance in Europe. Engin will also write an article. This way, we hope to continue with more students, each year.

How was the audience in the concert? Was there a huge attendance?

The audience was great. There were some who knew about the subject and some who heard it for the first time. There were a lot of people in the audience who cried. They were all respectful. Gideon Klein (who died at the age of 26) and Viktor Ullmann (a very active entrepreneur both in ghetto life and camp) were among the composers whose music I perform during my concerts. This time I added another Czech composer to my repertoire: Bohuslav Martinu. Martinu resisted to Nazis during World War II even though he was a Christian and he eventually had to escape to USA. I played Martinu’s songs for children which he composed pre-war. I wanted to reflect the pre-war lives of Czech children. In my concerts, there is a section where I give a short presentation about the composers, Terezin and Holocaust.  In this last concert, I added pre-war photos of Czech children. I performed Bohuslav Martinu’s composition during the presentation. Between songs or different composers, the audience usually applauds. In this concert, they did not. There was great respect from the audience. The applause came at the very end of the concert. I had to give an encore. Of course, it was my pleasure. This time I performed music from a Turkish composer who lived around the same period.

It was amazing. Terezin was totally impressive. But, I would like to start with the Prague concert, first.

The concert in Prague was inside the Municipality building. This is an old and huge building built before the war. There is a French restaurant inside the building which was also opened before the war. The Jews who used to live here were frequent customers of this restaurant. When the idea of giving a concert at Terezin first came to me, the first person I talked to was the Czech Consul General in Istanbul. He is also a historian. We worked on this project for two years. He too was at the concert and before the concert, he took me to this restaurant. The Prague concert was given in this impressive building, in an impressive concert hall.

The city of Terezin is still in the form of a big ghetto. I stayed at a building which used to be one of the houses in the ghetto. The ground floor of the house was a museum. The manuscripts of some of the composers are displayed in this museum. The second floor of the building is designed for lodging. In other words, we were inside the camp, inside the ghetto at all times. The concert took place inside Terezin Cultural Center, a building that was used during World War II.

Performing in Terezin was an utterly different feeling. There is incredible silence throughout the city. Everybody agrees that the city has not recovered from the war, yet. It is still under the Ghetto effect. Therefore, it was not hard to get in the mood. Since day one, it was my dream to perform the musical works of composers who died at Terezin camp at the Terezin Camp. To perform at that same place where they once lived was fascinating. It was therefore a very interesting experience. Every time I play one of their works, I discover new things. But performing inside the very camp they lived in was like reliving some of the memories, keeping their memories alive, giving credit where it’s due.

Could you tell us about other events apart from concerts?

There was a workshop which I organized and there were several conferences. A Holocaust survivor gave a speech. I met him in person. I was impressed by his speech. Impressed is an understatement. There are no words to describe it.

My workshop was supposed to be for the young people, mostly students. However, the only young people among the audience were Turkish Muslim students. When I saw that the attendees were mostly adults including professors, I changed the format and the workshop became a platform for open discussion. The attendees thanked me saying it was the first time they had the chance to discuss Terezin composers in depth. It was indeed an in-depth discussion where people spoke freely about history. This was an unprecedented experience for students.

What did the students who accompanied you think about Terezin?

I hope to give more concerts in the future. Through these concerts, I commemorate Holocaust and talk about it. I can also work with young people: I want to extend my initiative’s reach because I believe it is very important to talk about Holocaust. It is important for people to understand Holocaust considering that similar incidents still happen in today’s world. We must be aware of these incidents. In order to overcome such incidents, we must have clear knowledge about Holocaust. I believe it is important to work with young people and for that I created a musical therapy approach to use in my lectures.

We took a tour of the camp together with the two students who accompanied me. We spent the whole day together. They were very moved. They asked me numerous questions. We talked about history, Holocaust and the composers. We talked about their strengths, we talked about how this experience will affect their career. We also discussed their points of view. In a way this experience changed their lives. I think this is very important. That’s why I would like to continue this project as long as I am able to find funding. There are some international funds willing to contribute to the project.

A note to readers from Renan Koen: “I will be performing at Grand Pera Hall on September the 5th as part of Czech Republic’s 100th anniversary celebration. I will be performing as a soloist at Genclik (Youth) Orchestra conducted by Cem Mansur. I will also play Mozart’s Piano concerto. The concert will start at 20.00. It is open to everyone.”

The two students who attended the festival shared their feelings about their experience while still at Terezin: Engin Cetin: We attended several concerts. In terms of musicality, all the concerts were invaluable. Listening to the music composed here at Terezin Camp was a very different experience for us. Besides the concerts, we also attended various conferences. They were very important for me as a musicology student. They were also important for my personal improvement. Being here is really a very important experience.

Akın Kilis: Thanks to my dear teacher Renan Koen, we are now here at Terezin Composers Festival. We listened to the musical works of those composers at the very place they were composed. We toured the camp. While pacing the corridors, we tried to imagine all the hardship they were put through. We visualized the environment where they composed their songs. We saw that despite all the challenges, they never lost their hope and tried to reflect that hope on art in the form of music. Being here as a composer myself, this experience affected me positively. It surely will reflect on my next work. 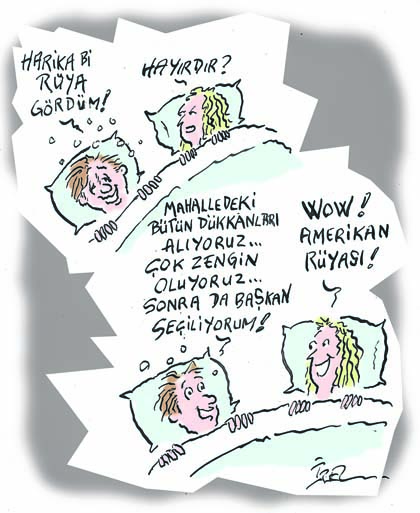 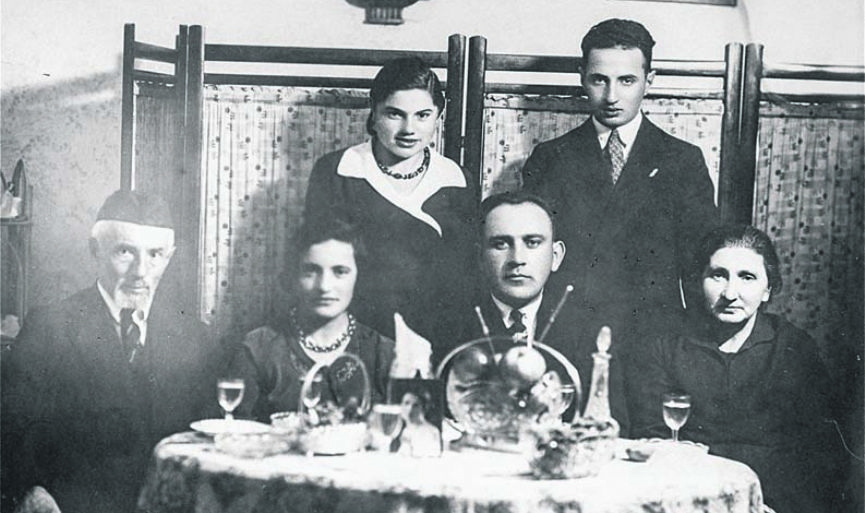 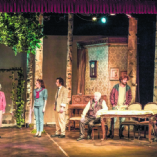 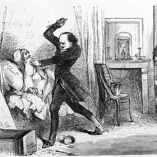 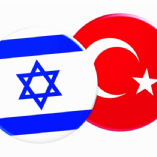 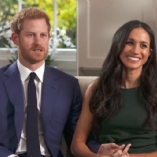 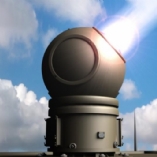