Photographer Selim Bonfil´s photography exhibition ´Jews of Izmir and Karataş Through the Eyes of Foto Gagin´ will be opened on April 6th at the Quincentennial Foundation Museum of Turkish Jews. On the same day, between 15:30 and 18:30, the signature day of the book ´Jews in Izmir - From Ancient Smyrna to the Present´ will also take place at the museum.
SHARE ON TWITTER SHARE ON FACEBOOK
April 6, 2022 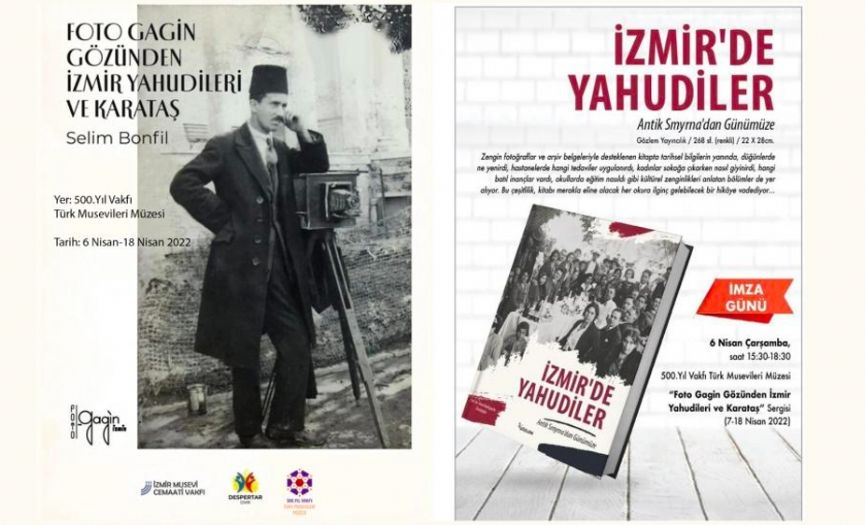 The photography artist Selim Bonfil's 'Jews of Izmir and Karataş Through the Eyes of Foto Gagin' exhibition is opening at the Quincentenial Foundation Museum of Turkish Jews. The exhibition is consisting of the photographs of Aleksandro Gagin who had worked as a photographer in Karataş (a district of Izmir) between the years 1902 and 1968 with the name 'Foto Gagin'.

In the context of the exhibition, which will be able to be visited between April 6-18, 140 photographs of Foto Gagin, one of the first photography shops of Izmir, displaying the significant district of Izmir, Karataş, and detailing the life in that district in those years, will be exhibited.

During the exhibition, the book 'Jews in Izmir - From Ancient Smyrna to the Present' will also be launched. In this book, supported by many photographs and archival documents, besides historical knowledge, there are also sections on the cultural elements of those days, such as weddings, attires, superstitions, education in schools, and remedies for illnesses. Selim Bonfil, one of the writers of the book, will be signing the book on the opening day of the exhibition.