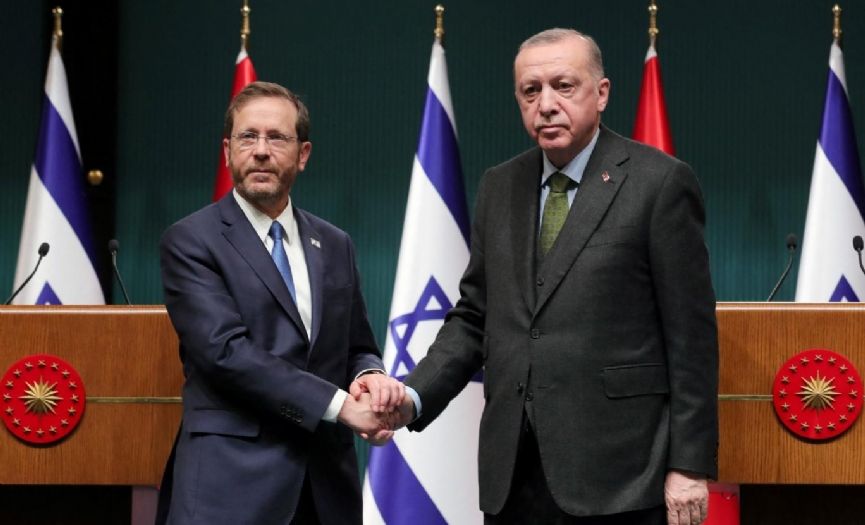 President Erdoğan during the call, stating they wished to maintain the momentum gained in the bilateral relations with Herzog's visit to Turkey, expressed that especially the agreements to be made in the field of energy will be for the advantage of both sides.

Erdoğan, condemning the terror attacks experienced in various cities of Israel recently, conveyed his condolences for the lives lost and speedy recovery wishes for the wounded.

President Erdoğan added that the statements by the Israeli and Palestinian governments made with common sense were very precious in the aspect of calming the tension.

Emphasizing the importance of not preventing Palestinians from entering Al-Aqsa Mosque and Israel during Ramadan, President Erdoğan restated that he expected the Israeli authorities to continue their sensitivity in keeping the Al-Aqsa Mosque open for worship 24 hours a day and keeping it closed for non-Muslim visits during the last 10 days of Ramadan.

Erdoğan, conveying his prayers that the month of Ramadan and the Passover Holiday shall be spent in peace and tranquility, wished a Happy Passover to Herzog and all the Jews.

President Herzog also expressed his congratulations and best wishes to President Erdoğan for the month of Ramadan.