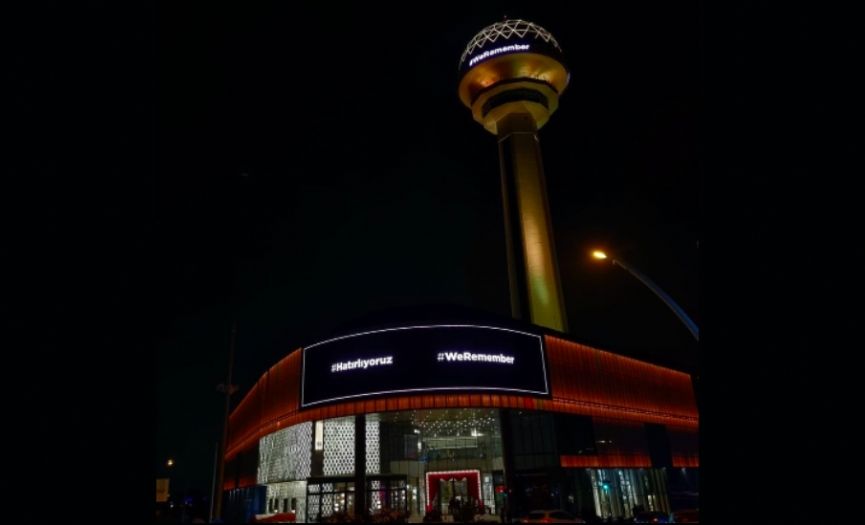 Atakule, the iconic tower of Turkey, was illuminated by video mapping in the context of the event organized by the Republic of Turkey Directorate of Communications on January 27, the International Day in Memory of the Victims of the Holocaust.

The phrases #WeRemember and #Hatirliyoruz [meaning We Remember in Turkish] were placed on the giant screens at the entrance of Atakule Tower.

In addition, the Turkish Ministry of Foreign Affairs also commemorated millions of people who had lost their lives during the Holocaust.

The press release made by the ministry said, "On the occasion of the International Holocaust Remembrance Day, we commemorate with respect millions of Jews, Roma people, disabled persons as well as targeted minorities and groups, who were systematically murdered by the Nazi regime and its collaborators."