President Tayyip Erdoğan congratulated the Rosh Hashanah Holiday of the Jewish citizens in his press statement: "We believe that we, as the people that have a shared past dating back centuries, will build a shared future as well."
SHARE ON TWITTER SHARE ON FACEBOOK
September 9, 2021 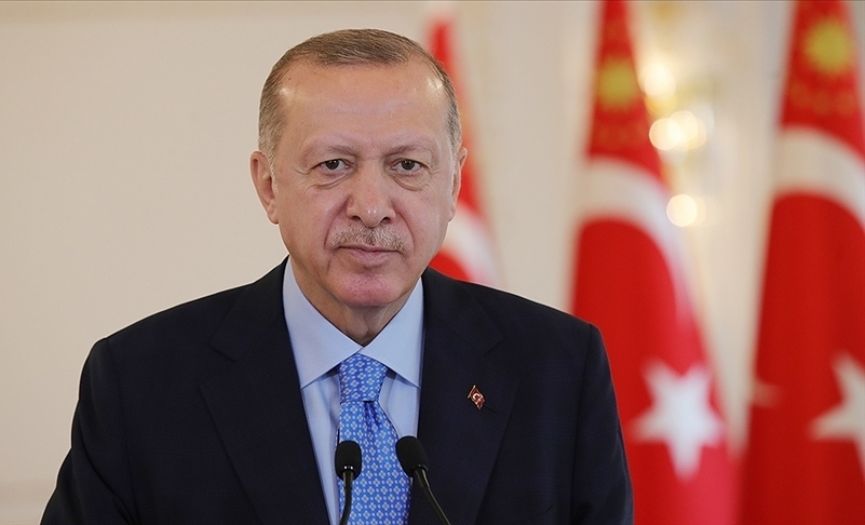 President Recep Tayyip Erdoğan in his press statement said, "I wholeheartedly congratulate our Jewish citizens on Rosh Hashanah, which marks the beginning of the new year according to the Hebrew calendar.

Our cultural, political and social diversities are the assets that elevate our country and reinforce our unity and solidarity.

Having provided constitutional protection for its citizens’ freedom of faith and worship earlier than many other countries did, our state demonstrated the importance it attached to the preservation of these assets.

Despite the rising cultural racism, hate speech and otherization across our region, Turkey is a free country where all faiths are observed freely and all kinds of opinions, bar the ones that promote violence and terrorism, are expressed freely.

This feature of our country has further been consolidated by the reforms we have introduced over the past 19 years which have eliminated the anti-democratic practices of the eras of tutelage that used to restrict freedoms.

It is one of our main priorities that all the citizens of the Republic of Turkey, regardless of their religions, languages, races or origins, can lead their lives with peace, security and tranquility.

We believe that we, as the people that have a shared past dating back centuries, will build a shared future as well.

We appreciate the contributions made by our Jewish citizens in order for our country to develop, strengthen, and attain its goals.

With these thoughts in mind, I wish Rosh Hashanah may bring health and welfare to all Jews, our citizens in particular, and convey my regards and greetings to them on this special day of theirs."

Minister of Culture and Tourism Mehmet Nuri Ersoy has also congratulated Rosh Hashanah with a message he shared.

The Acting Mayor of Istanbul Ali Yerlikaya and the President of CHP Kemal Kılıçdaroğlu have also congratulated the Rosh Hashanah Holiday with a message they sent to the Chief Rabbi Isak Haleva. 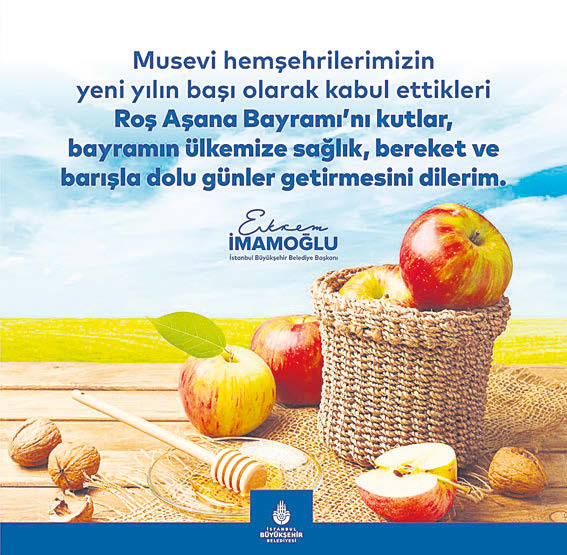 The Mayor of Istanbul Metropolitan Municipality Ekrem Imamoğlu, the Mayor of Beşiktaş Rıza Polat, the Mayor of the Princess Islands Erdem Gül, the Mayor of Kadıköy Atty. Şerdil Dara Odabaşı and the Mayor of Şişli have all congratulated the Rosh Hashanah Holiday of the Jewish citizens and their neighbors with banners hung in their districts and their social media accounts.