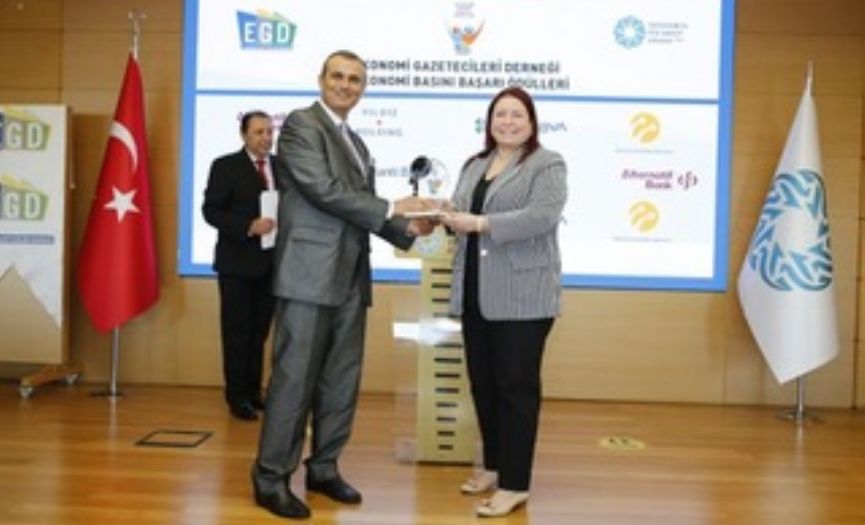 Şalom Newspaper's economy columnist Cüneyt Dirican received the 'Best Radio Program in Economy of the Year' award in the 13th Economy Press Success Awards organized by the Economy Journalists Association (Ekonomi Gazetecileri Derneği). Dirican has been seen as worthy of this award with his radio program 'Coach of SMEs, Doctor of Finance (Kobilerin Koçu, Finans Doktoru)' airing on 'ST Endüstri' Radio where he has talked business with 77 guests of his, to this day.

Cüneyt Dirican who has been writing for Şalom since 2013, expressed his thoughts on receiving the award saying:

"Receiving the award one year after Sehat Ayan with whom we had published the school newspaper together in Saint Joseph French Highschool is very heartwarming. I had dreamed of these days when I was broadcasting my first programs on Radio Arel. On this occasion, I should state that Arel University is a first for me in the Radio business just like Şalom is in journalism. Şalom Newspaper is the second oldest newspaper in Turkey, and today I received this award on behalf of the newest radio channel in the economy field, Endüsri Radio, and Şalom Newspaper. And in memory of the master of economy journalism Nezih Demirkent and patriotic journalist Hasan Tahsin, I accepted. Mr. Demirkent was the founder of Dünya Newspaper and the cause of the existence of Demirkent Education and Research Foundation where I act as an Advisory Board Member.

Also, of course, this award is for the real heroes, working backstage; working at sound recording and airing, arranging the schedule for the guests, editing, doing mise en place, holding the camera, taking the photos, directing the seconds, distributing the newspaper, trying to make it survive via advertising and memberships, and many more... The easy part of the job is being on the page or on camera or on the microphone. And of course, everyone who is reading, the audience, and guests of the program. The award is given to one person, but in fact, it is for everyone. This award is ours, yours, it belongs to all of us."