Can Evrensel Rodrik: A Language is the DNA of That Culture.

Lets get to know Can Evrensel Rodrik, an independent academician with studies on various branches of linguistics and biology, a translator of eight languages, and a foreign languages and yoga instructor.
Dora NİYEGO
SHARE ON TWITTER SHARE ON FACEBOOK
October 12, 2020 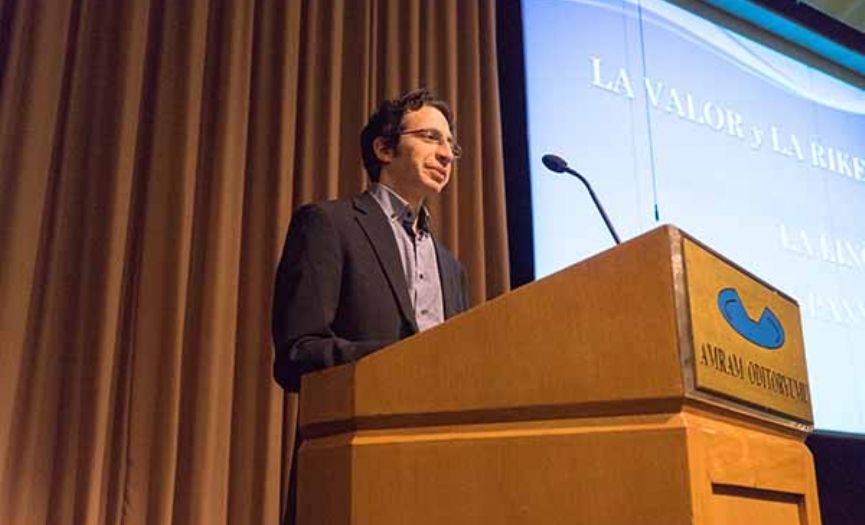 Can Evrensel Rodrik, graduated from Saint-Michel French High School, later receiving a Biology degree from Istanbul University. Rodrik, who completed a master’s degree in Molecular Biology and Genetics, researched the role of transposons in uncontrollable cell divisions in his master’s thesis due to his interest in epigenetics, which analyses genetic and environmental interactions in a genealogical way. This research of his was published in the international academic journal ‘Genetics and Molecular Research’.

Rodrik, who has always been interested in language ever since his childhood, not only learned new languages at every chance he could, but also educated himself on linguistics both during and after his Biology bachelor’s.

What topics do you research? In which languages do you translate?

In the field of Biology, I conducted academic studies on topics such as epigenetics and cancer, DNA methylation, transposons, and virology both locally and abroad. Additionally, I am also included in several research projects on neuroendocrinology and medical genetics.

My research topics on linguistics, which I am more pursuing more actively as of late, are descriptive linguistics, phonology, historical linguistics, dialectology, and lexicography. Also, a part of my research is on Ladino (Judeo-Spanish).

Along with the written translations, I also do consecutive interpreting in academic spaces such as universities or assemblies and international institutions. The languages I do translation for are English, French, Spanish, Turkish, Hebrew, Ladino, Portuguese and Azerbaijani.

I see Turkish and Ladino as my native languages. Along with French, English, modern Spanish, Hebrew, and Portuguese, which I speak fluently, I can also communicate eloquently in Bengali, Aragonese, Turkmen, Italian, and Catalan. Furthermore, during my senior year of university, I was teaching the Latin I learned during my freshman year to new freshmen and sophomores with a course I opened in the science faculty called Professional Latin.

How did you learn to speak Ladino this young?

At a young age, I had already realized how beautiful and melodic the Spanish my grandparents were talking and decided to learn Ladino, a language that inherits 500 years of culture. I thought it necessary to keep this language in danger of disappearing alive and maintained. And so, by speaking, listening, and especially asking a lot of questions, I learned Ladino from my grandparents.

You have done a lot of research on Ladino. You also make a lot of effort for the continuation of this language. Could you talk about your work on this topic?

Ever since high school, I have read and studied old Ladino resources I found. After I learned to read the original scripts of the language, Rashi and Soletreo, the amount of resources I was able to use skyrocketed. Contrary to popular belief, it was quite obvious that Ladino wasn’t only a jargon void of literary value passed down from generation to generation. The richness of the vocabulary and expression of every literary piece I read was an undeniable proof of this.

Today, I research many fields of Ladino, such as grammar, etymology, dialectology, dictation, literature, phonology, and lexicography. In the past, I participated in projects where I transcribed, transliterated, or translated pieces in Rashi and Soletreo. Besides, for a long time, I have been teaching Ladino to those who are interested.

Since 2015 I have been attending the annual International Ladino Days even in Istanbul as a speaker. I wrote my speeches down in Shalom newspaper and El Amaneser. I spoke about Ladino in various documentaries and radio programs. I gave out interviews in international newspapers to spread our language. Currently, I still maintain a managerial position in Ladino Wikipedia.

You were also chosen as a Shadar. What is Shadar? What are your activities in this field?

Shadarim are representatives and ambassadors of 'Autoridad Nasionala del Ladino' in their country, and activists and pioneers who represent their own community internationally. They conduct activities to spread, develop and keep Ladino (Judeo-Espagnol) alive. I was awarded this title in 2018. At the moment we work together as 16 Shadarim from 11 countries worldwide. There are three Shadarim representing Turkey including myself, Karen Gerşon, and Henry Çiprut.

As Shadarim, alongside our regular meetings and small activities, we started three big projects this year. One of the three main projects we are working on is the preparation of a full-scale Ladino dictionary. I am the team leader of this seven people group working towards a dictionary that will have over thirty thousand words, will be easily accessible from the internet, and will start as English to Ladino.

In the last few years, Ladino and Sephardic culture has been in resurgence due to the internet. Do you think the work that is being done for the maintenance of this language and culture are enough?

Besides the resurgence on the internet, with the activities around the world joined by people of all ages, the high demand to learn the language, the studies on the topic multiplying and gaining depth, the intense impression across global art and culture, an interest affecting all generation and increasing the reputation and prestige of the language has surfaced.

However, I do not believe that all the work that is being done is enough for the continuance of this language and culture. The interest in the activities include many emotions varying from nostalgia to admiration and simple curiosity to identity seeking. Whereas, we can only awaken a language and culture if we can infuse people with the ideology, the effort to spread it systematically and scientifically across all fields of life, and the desire to make the effort to try together.

In my opinion, events, where people from different generations will both learn the language and have fun together, must be organized, several interactive internet-based activities like online games should be prepared, a radio station must be launched, some video games must be translated into Ladino, a kindergarten providing quality and modern education in Ladino must be opened, broadcasts in the style of Podcasts in Ladino which imaginatively discuss current events must be produced.

With these and many more, I hope we can blossom Ladino again. A language is a community's and culture's perspective of life, nature, and the world. It is a philosophy of life. Language reflects a community's past and present and carries it to the future with its wisdom in many fields. Do not forget; a language is the DNA of that culture.