Erol Güney Remembered Once Again at the Museum

The documentary about the life of Erol Güney ´Wherever Life Takes You - Erol Güneys Story´ was shown on Sunday, March 8th at the Quincentenial Foundation Museum of Turkish Jews.
Elda SASUN
SHARE ON TWITTER SHARE ON FACEBOOK
March 16, 2020 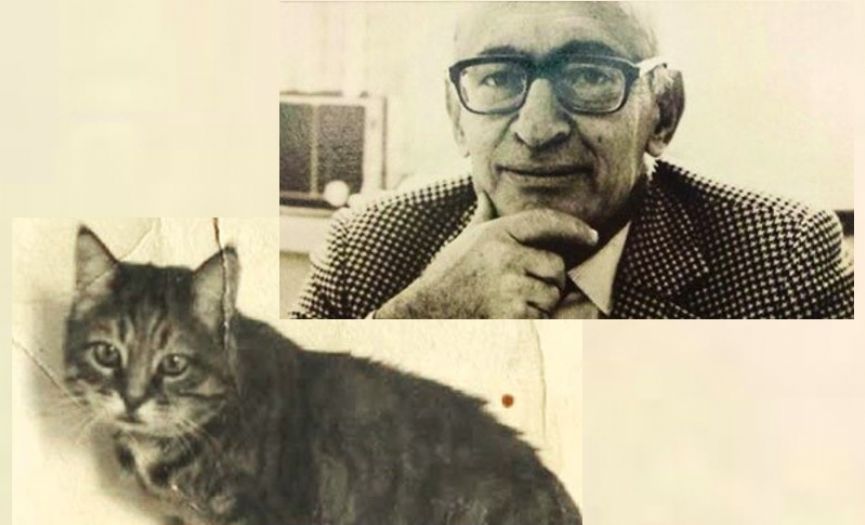 We commemorated the writer and journalist Erol Güney, who had passed away in 2009, with the documentary about his life, on March 8. Güney was born in Odessa under the name of Michel Rottenberg. In 1917 his family immigrated to Turkey. He graduated from Saint Joseph High School in Istanbul, then he studied in the newly opened Philosophy, French and English Literature Departments of Istanbul University.

In the meantime, he became a Turkish citizen and took the name Erol Güney. He took part in the project of translating the world literature classics into Turkish, which was initiated by Hasan Âli Yücel, the former Minister of National Education in the 1940s. Since Güney had an excellent command of Russian, French, English and Turkish languages, he brought many classical works into Turkish of Dostoevsky, Chekhov, Moliere, and Plato. Among some of his works are, Chekhov’s ‘Cherry Garden’, Gogol’s ‘Inspector’ and Gonçarov’s ‘Oblomov’.

He also had close relations with famous people like Azra Erhat, Cahit Külebi, Orhan Veli, Necati Cumalı, Melih Cevdet Anday, Mine Urgan and especially Sabahattin Eyüboğlu who was the Head of the Translation Office.

Erol Güney while sharing his life on the screen, he's also telling us about the boat trip he took (later named as Mavi Yolculuk) he never forgot, as if he was still living in those days; drinking Rakı, eating fish three times a day with his old friends Cevat Şakir, Sabahattin Eyüpoğlu and Bedri Rahmi. Güney also told how they had to eat the fishes they had caught 3 meals a day, when they ran out of supplies due to Cevat Şakir's insufficient shopping.

Despite his age, Erol Güney tells the whole story in a cheerful, energetic way. During his years as a journalist, he was first exiled to Yozgat on the charge of 'he knows a lot'. Then he spent the rest of his life in Tel-Aviv, again writing. In one part of the documentary, how he met his wife Dora and her beauty. Telling he couldn't be a good father to his children because he had a very busy life, he associates us in his private life. In the film, where he makes tea in his kitchen at his home and shares his life on television, also his wife Dora and their cat Edibe take place. This lovely cat lived with them for 22 years.

Edibe, who takes place at the beginning of the documentary, and has been a subject in the Turkish Literature, also was subject of his close friend Orhan Veli's 2 poems. "A piece of liver and a male cat / All she expects from the world / How nice!"

Another poem that tells about the pregnancy of Erol Güney’s cat is: “Would you go out on the street on spring day / That's how you sit / At the place where you sleep / You think and think / You keep thinking".

As Silvyo Ovadya also stated at the end of the documentary, Güney, who had sent his writings to Şalom Newspaper for years, had only managed to obtain a visa from Turkey in 1990 and had visited Istanbul frequently.

A few years before his death, I met him at a conference in the Middle Eastern History Department at Tel Aviv University and had the chance to chat with him. It was a very interesting journey to remember, in this documentary that lasted for about 2 hours, this very precious, intellectual, intelligent and sophisticated person, who was interested in so many subjects and who kept on informing us, the readers without losing his curiosity until the last day of his life.