Ivo Molinas: "Antisemitism is not Only a Jewish but a Humanity Problem"

Ivo Molinas who was a guest of the ´Gündem Dışı´ program aired live in RS (Radio Sputnik) FM, remarked "We´re talking about a project to remove all trace of a certain community on earth. Jews don´t say ´Holocaust´ to get revenge. Memorials are organized not to forget... Antisemitism is not only a problem of Jews but a problem of humanity."
SHARE ON TWITTER SHARE ON FACEBOOK
January 28, 2020 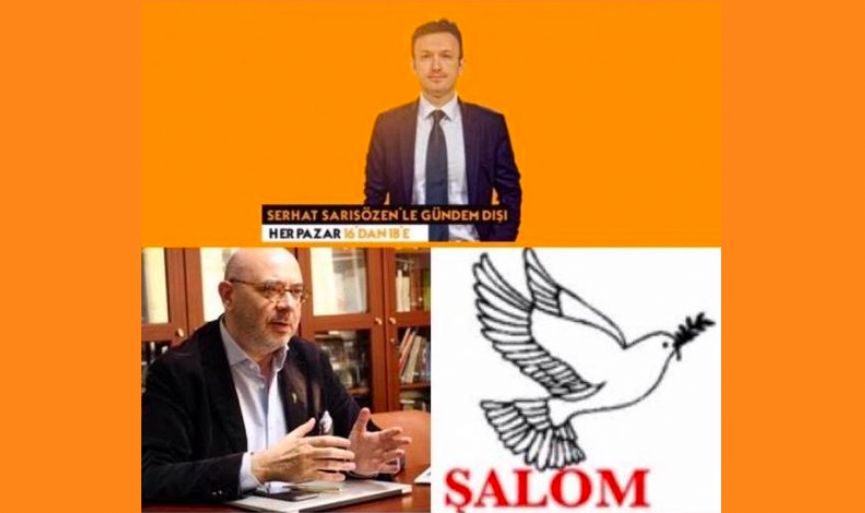 Ivo Molinas was a guest of Serhat Sarısözen, Sputnik Türkiye

"Şalom is a reference Newspaper today"

Molinas started journalism in 1989, worked as 'world news editor', became editor 2 years later and editor-in-chief in 2011, and through Şalom's opening to the world policy, let non-Jewish writers into the newspaper. Molinas remarked:

"I tried to start the process of conversing with the 'other' as an antidote to the people alienating us. The dialogue process with the other eliminates being a closed society. All my life I had never been fond of conservatism; neither politically nor culturally. I am a person who thinks being closed and conservatism prevents people from improving. I invited non-Jewish journalist friends to the newspaper against conservatism. This was mostly accepted greatly. This enrichment process proved to be very fruitful and successful. Şalom became a reference newspaper today."

"Thousand of death camps were established, German people had lost their minds"

Molinas who is also invited to speak during the Holocaust Remembrance Program in the Turkish Embassy of Belgrad, in memory of the Nazi Holocaust led by Hitler and that resulted with the murder of 11 million civilians of which 6 million were Jews, said "After 1942, the Nazis calculated systematically to get rid of Jews optimally meaning in the most economical way. They built thousands of death camps. Of the 6 million Jews killed, 1.5 million were children. Holocaust is unique in this aspect. It was such a disaster that they were throwing the babies that arrived on the trains into the air as targets and shooting them. The German people had lost themselves."

'The unseen executioners of the Jews'

Molinas went on: "The German people played an active role. All the German people were the unseen executioners of the Jews. There were also people that tried to save the Jews at the time; some were successful but most of them were not. The Germans who succeeded in helping the Jews were murdered with their families; saying 'How dare you protect a Jew!'"

"We're talking about a project to remove all trace of a certain community on earth. Jews don't say 'Holocaust' to get revenge. Memorials are organized not to forget... Antisemitism is not only a problem of Jews but a problem of humanity."